‘I’m not done fighting this virus’: Citadel administrator describes how COVID-19 outbreak got to current point 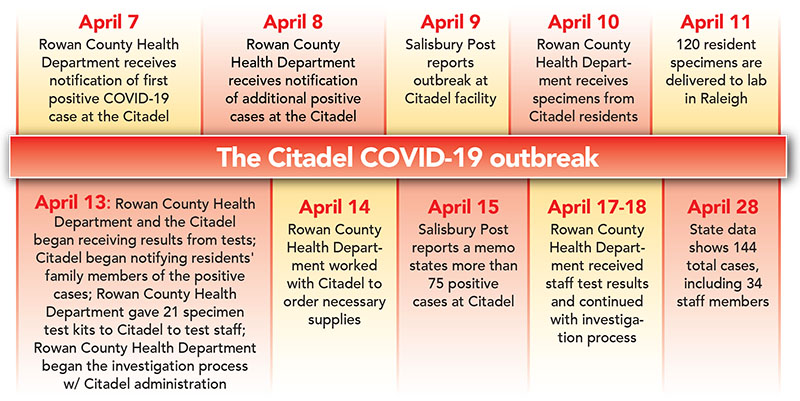 “My residents, my staff, my families — this is my world,” Stoltzfus said in an interview with the Post on Wednesday. “All I want to do is make it a better place for them. And I’m not done fighting this virus.”

The Citadel, a nursing home located on Julian Road, has been a COVID-19 hotspot in Rowan County and the source of most local coronavirus-related deaths so far. The Rowan County Health Department reports that it received notification of the first positive patient on April 7 and has since coordinated with the Citadel to test residents and staff, ensure the facility had personal protective equipment and investigate the outbreak. And Stoltzfus said she wants the public and family members of residents to know the staff prepared for the outbreak and continue to mitigate it.

Stoltzfus, who has been in her position since mid-February, spoke with the Post Wednesday along with Dawn Wilson, regional director for Citadel owner Accordius Health, and Adam Sholer, president of North Carolina Health Care Facilities Association.

Stoltzfus said the Citadel started preparing for an outbreak a month before the first positive case. Initial preparation included designating one empty hall as a “respiratory” section, where positive residents were placed and employees could don more protective equipment than what was typically needed. Additionally, Stoltzfus said, as guidance from the Centers for Disease Control and other health experts changed, so did the Citadel’s guidelines. 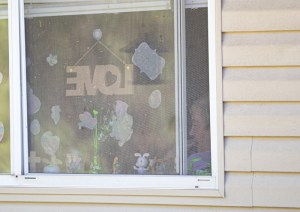 Josh Bergeron / Salisbury Post – A resident of the Citadel listens to music Monday performed by Pat ‘Mother Blues’ Cohen, who has a brother that lives in the nursing home.

After the Citadel received notification of its first positive case, the county health department on April 11 sent 120 specimens from residents to be tested in Raleigh.

The Citadel has the capacity for 180 beds. And at the onset of the outbreak, there were 138 residents at the facility, both in the skilled nursing section and the assisted living section. The 120 residents who were first tested included all the long-term care residents and any additional residents who granted permission to be tested. Stoltzfus said residents are entitled to refuse testing if they wish, but they were still instructed to comply with quarantine and isolation procedures.

Currently, all residents and staff have been tested if they have granted permission. She added that only a few residents refused to be tested.

While a lawsuit filed against the Citadel by Salisbury-based Wallace and Graham says positive and negative patients were intermingled at times, Stolzfus said patients were “moved around” to isolate negative patients from the positive ones. The assisted living section has its own door to the courtyard and the section is in its own area, which made isolation for those residents easier, Stoltzfus said.

As of Wednesday, 17 of the total 22 deaths from COVID-19 in Rowan County have been from the Citadel. Four deaths were residents of the N.C. State Veterans Home and one was not associated with a congregate living facility.

All throughout 2019 and in a recertification inspection in January, state records detailed multiple citations against the facility that included, among other things, failure to clean oxygen concentrator filters, failure to clean showers, food safety concerns, the mislabelling and/or storing of drugs, failure to meet residents’ preferences for dietary needs, failure to keep hospice records and failure to exercise basic hygiene practices such as hand-washing and removing soiled gloves.

Stoltzfus said she started on Feb. 17 and she received complaints from the recertification almost immediately. She looked over each citation and provided a plan of correction for each. She denied that any previous problems had played into the widespread nature of the outbreak locally.

“I took it as an opportunity to roll into what our expectations are as a company,” she said. “We are still doing all those audits and looking at infection control every day.” 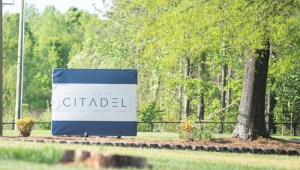 Josh Bergeron / Salisbury Post – The Citadel, a nursing home on Julian Road in Salisbury, is the site of a large COVID-19 outbreak.

Stoltzfus noted that one big change from new leadership is better teamwork among the staff. And while the Citadel has been adequately staffed, the needs vary throughout the day. Daytime shifts demand more workers, typically, than night shifts. She estimated that shifts include anywhere between 3 to five 5 LPNs, or licensed practical nurses, and 4 to 7 CNAs, or certified nursing assistants, to care for 112 people.

“I wish I could staff to what I want to,” she said, adding that on some days, it was “all hands on deck.”

Stoltzfus said she has spent 18-hour days at the facility herself.

Sholer, head of the state association of which the Citadel is a member, said nursing homes in the state have struggled with obtaining enough staff for years now. He said the association has been working for two years to help grow the labor force, starting at the high school level.

Still, the lawsuit filed against the company claims staff members sick with COVID-19 were asked to work; Stolzfus said she was not aware of anyone who did so. Stoltzfus said that all COVID-19-positive staff members had to fulfill a quarantine period of two weeks before returning to work. Upon returning, they would be screened and checked for any other symptoms.

Stoltzfus said she is unsure how COVID-19 spread in the facility and said that many of the individuals who tested positive were asymptomatic.

“Which is why I think when we first learned of our numbers, personally, I had to sit down for a few minutes,” she said.

Sholer said it’s important for nursing home staff to be mindful of the asymptomatic spread due to the nature of how “personal” the care is for the vulnerable, at-risk population, which includes baths and assistance with using the bathroom. He also said the appropriate response at this time is to test all nursing home facility residents since so many can be asymptomatic. But he added “that kind of testing isn’t being done in or around our communities.” That’s why there are so many cases at facilities like the Citadel, he said, implying that there would be many more cases in the general public if similar testing of the entire population was possible.

Sholer noted the nationwide challenge of acquiring adequate protective equipment, testing kits and lab capacity. As of this week, though, there has been progress with access to those resources, he said. 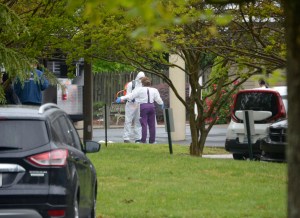 Asked for lessons they’ve learned and that they would give to other nursing homes, Stoltzfus and Wilson emphasized the importance of over-communicating. That’s been a particular point of anger with family members of Citadel residents, with some saying they weren’t told of a positive test result until a family member was in critical condition or, in at least one case, dead.

But some residents who are alert and conscious, or considered their own responsible person, are able to make the ultimate call on whether families are notified of their health status, Stoltzfus said.

Stolzfus and Wilson said they understand the frustration about phones at the Citadel not being answered because of how busy the staff is currently.

“We are absolutely doing our best to take care of your loved ones,” Stoltzfus said. “They’re part of our family also. We all spend many hours here every day. And we do love them. We are going to keep them as safe as possible. We are going to make sure that they’re taken care of.”