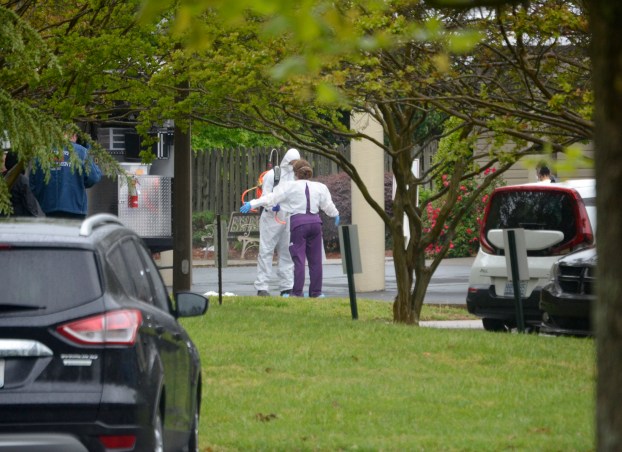 SALISBURY – A second lawsuit filed Tuesday against the Citadel makes new allegations about conditions inside the nursing home as it seeks “a comprehensive review of the facility’s polices” by a judge.

The Citadel is a site of a COVID-19 outbreak that represents a significant chunk of Rowan County’s cases and is the hardest hit nursing home in the state by the coronavirus-caused disease. Its former residents represent a majority — 17 of 22 — of those who have died in Rowan County after testing positive. Tuesday’s suit was filed by local law firm Wallace and Graham as well as Raleigh firm Gugenheim Law, which specializes in prosecuting claims against nursing homes.

Wallace and Graham also filed a suit last week in which it sought damages in the case of Marjorie Garvin, who was a resident at the facility and died Monday after previously testing positive for COVID-19. The law firm says it plans to dismiss Garvin’s initial suit “to allow the family to grieve and to get her estate in order.”

The new suit filed by Wallace and Graham seeks an injunction “to force compliance with regulations and North Carolina law.” It does not seek monetary damages. It includes 14 affidavits, including sworn statements from anonymous staff.

Claims made in the newest lawsuit include:

Accordius COO Kim Morrow said in an email the company had not been served with the lawsuit and that, “It is unfortunate that there has been so much misinformation put out by a source clearly not familiar with the facts of what has been going inside this building.”

“The negative press this law firm is trying to create for the sake of building their own reputation only hurts the patients and staff they claim they are trying to protect,” Morrow said. “I only wish that those individuals responsible for such reckless and selfish behavior would put those efforts to helping our facility care for our residents as so many people from the community already have, rather than trying to capitalize on this pandemic for personal gain and recognition.”

Morrow said the facility has been doing “everything we can in lockstep with the CDC guidelines, the local department of health and local hospitals.”

But a large part of the complaint outlines communication failures from management at the facility, claiming the Citadel lied about test results, including whether the facility had results and telling loved ones a patient who had tested positive was COVID-19 negative.

The lawsuit claims management failed to inform loved ones until residents became too sick to communicate.

“In at least one instance, a patient died at the Citadel and was left in the room until the next morning,” the lawsuit alleges. “In at least two instances, the power of attorney holders were not timely told of their loved ones’ deaths and were not timely told whether the deceased were positive for COVID-19. One man did not even learn his loved one was ill until after she had died and her body had been sent to the funeral home.”

One certified nursing assistant described going to get tested four days after she started experiencing symptoms. She was advised to self-quarantine for two weeks. She described coworkers being asked to return to work after only a week of quarantine and a nurse from a staffing agency who came into work after testing positive.

The woman said there was a protocol to isolate patients for five days, but there was an instance where a patient was returned to the facility from Rowan Medical Center and placed in isolation for a single night. The same nurses assistant said she talked to a patient who was told she had tested negative when she had, in fact, tested positive.

The nursing assistant told the patient she had tested positive “because I thought she had a right to know,” according to the lawsuit.

By Shavonne Potts shavonne.potts@salisburypost.com SALISBURY — Another person associated with the Citadel Salisbury, a local nursing home that is the... read more