The Rowan-Salisbury Schools Board of Education came out of closed session after its Monday business meeting to make the appointments, which were recommended by Superintendent Lynn Moody. Macon is currently principal at China Grove Middle School, where she will replace Kelly Withers, who will finish the school year and become the district’s associate superintendent.

Macon was chosen out of 26 applicants. She received her bachelor’s, master’s and doctorate degrees in education from the University of North Carolina at Charlotte, where she served as director of its office of teacher education, advising, licensure and recruitment from 2011-2016. 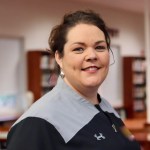 Macon said she loves teaching middle school but her administrative heart is in high school and that she is excited to stay in the same community.

“I’ll get to see my eighth-graders again, at least about half of them,” Macon said. “That’s really exciting for me.”

Macon said South Rowan has made major strides under Withers, and a goal for her is to listen to leadership at the school to remove barriers. 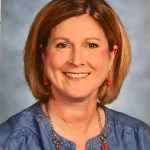 Dowell-Reavis is currently principal at Faith Elementary School and was chosen out of 52 applicants. She received a bachelor’s in journalism from the University of North Carolina at Chapel Hill before going on to earn a master’s in teaching from the University of Memphis and a doctorate in leadership from Gardner-Webb University.

Dowell-Reavis spent the first part of her career in journalism, working in different roles as a reporter, editor, producer and anchor — mostly working in television — from 1991-2003 before beginning her teaching career in 2004 with Memphis City Schools.

Dowell-Reavis returned to North Carolina in 2008 and worked from 2008-2016 with Iredell-Statesville Schools as a teacher, instructional facilitator and assistant principal before becoming principal at Faith in 2016.

Dowell-Reavis will replace Catherine Hampton at North Middle, who will be relocating to South Carolina, at the end of the school year.

“I’m excited about it,” Dowell-Reavis said. “It’s going to be a challenge for me.”

Dowell-Reavis said the community at her new school is tightly knit and she is confident that she will have good community support. Dowell-Reavis said she wants to begin speaking to leaders at the school and invest time meeting with teachers to learn about their work and building a plan around their needs.