NFL draft: Leverett not drafted, but will be in camp with Bucs 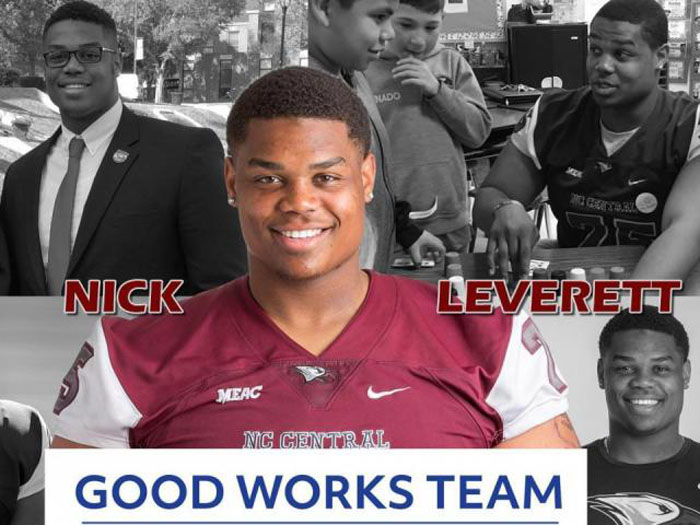 Rice offensive lineman Nick Leverett wasn’t drafted but has agreed to terms with the Tampa Bay Bucs as an undrafted free agent.

Leverett has Rowan County roots. He began his high school career at North Rowan before finishing it at Concord. He played in the Shrine Bowl his senior year. He graduated from Concord in the spring of 2015.

Leverett (6-4, 310) played tackle and guard in college. He projects as a guard in the NFL.

After a redshirt season in 2015, Leverett became a three-year starter for North Carolina Central University, third team All-MEAC in 2016 and second team All-MEAC in 2017 and 2018. He started 34 straight games for the Eagles, mostly at left tackle, and earned a degree in four years. He was named to Allstate AFCA Good Works team for his efforts in the community.

He played his final season of eligibility in 2019 at Rice University and was Honorable Mention on the All-Conference USA team. He started all 12 games for the Owls at left guard. He allowed only two sacks on 320 pass plays. He was selected for the College Gridiron All-Star Showcase.