Bill Cansler: A man of many talents 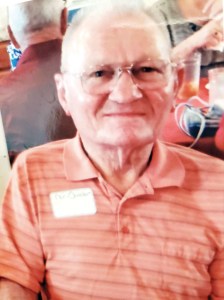 If so, you must have had Bill Cansler as your teacher.

After graduating from Troutman in 1951, Cansler attended Appalachian State Teachers College and graduated in 1955. He played baseball at Appalachian and majored in physical education and social studies.

His first teaching and coaching job after college was at at Woodleaf High School. He was there from 1955-1959 when West Rowan opened. While at Woodleaf he taught all the social studies courses along with physical education. He coached boys and girls basketball, as well as baseball.

In 1959, Cansler took the job of coaching and teaching at Oakwood Jr. High in Statesville. At this time he helped coach football and track while serving as head boys basketball coach.

In the fall of 1966, Knox Jr. High started an athletic program featuring football, boys basketball and boys track. This was the year that ninth graders were held back at Knox instead of going to the high school, a system which would last until 1983 when Knox would revert back to a true middle school model.

Melvin Harris came over from Oakwood to be the head football and later wrestling coach.Dale Basinger was named head track and field coach while assisting with football and basketball as a first year teacher and coach. In a few years, girls basketball, baseball, softball, girls track, volleyball, girls and boys tennis, and golf were added to the program. Many of the girls teams were coached by their P.E. teacher, Jane Smith-Steinberg.

In the summer of 1966, Cansler met with Jack Knox, the superintendent of Salisbury City Schools. He told Knox what equipment he needed to begin an athletic program and that he could build much of the equipment himself. Suffice it to say that if your school is named for the superintendent, you can ask for most anything for the athletic program and it would be granted. That was the case with Bill and Jack as they developed a close relationship.

The current football field at Knox was very much slanted toward the gym which made you feel like you were either running uphill or downhill. Under Cansler’s direction, motor graders were used to level the field and a dirt track was also constructed around the field. Also under his direction, the various places for the field events were laid off on the football field. For more than 10 years, Cansler had to maintain the track himself by constantly scraping it using his own El Camino and sled. Many a Knox athlete got dust all over himself when asked to ride on the sled. In the mid-1970s, Cansler, along with John Patterson Sr., initiated a drive to build a new all-weather track. Along with much community support, this new state-of-the-art track was completed in 1977 and was one of the best tracks in the state at that time.

The athletic program at Knox from 1966 to 1986 was very successful in all sports. Many of the championship teams at Salisbury High School came as a result of the programs at Knox, which the high school coaches recognized time and again.  When the ninth grade moved to the high school in 1983, Cansler stayed on at Knox until his retirement in 1986.

Cansler coached boys basketball for 21 years at Knox. While records might not be available to document wins and losses,  his win percentage would probably be in the 70% range. Some of the players he coached who went on to play in college were Woodrow Boler, Maurice McDaniel, Melvin Reid, Bryan Withers, and Fred Campbell. (Apologies to others whom may have been omitted.)

In his position as AD, Cansler also served as president of the Triad Junior High Conference for many years. In his position as P.E. teacher, he was so respected that often he had as many as four student teachers a year from colleges such as Appalachian State, Catawba and Livingstone.

Cansler and his first wife, Nancy, had two children, Mike, who lives in California, and Myra, who lives in Salisbury. He also has four grandchildren. After Nancy’s death, Cansler married Gale and they live a comfortable life on Ridge Road in Salisbury.

He would be the first to tell you that coaching and teaching P.E. for more than 30 years took its toll on his body.

Knox has had successful athletic teams since 1986 and will continue to have them, but Coach Cansler was the “face” of sports activities for the first 21 years at Knox.

Just ask some of the athletes he nicknamed such as “Airball” (Bobby Miller), “Spokes” (Roger Jackson), or “Ulcers” (John Hudson) how this man helped shape them into the men they are today. Many others would no doubt say the same.