Detectives say they discovered stolen coins hidden at the High Rock Dam after an unnamed man who knew about their location drew a map. Another man named Jason Lee Lambert II, 22, is facing charges in the matter, detectives say. 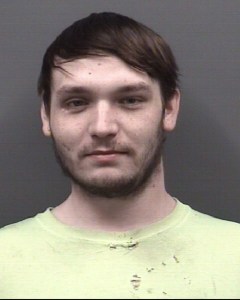 Detectives used a metal detector to find the coins, which were found in a plastic bag buried at the dam.

The coins are connected to an incident that occurred last year. Rowan detectives received information there was a break-in at an Emmanuel Church Road home just before Halloween. In that incident, a safe was stolen, said Capt. Chad Moose. The safe contained silver bars, cash and collector’s coins, some of which were returned to the owner, Frank Hoyt. Lambert is Hoyt’s nephew.

Moose confirmed Lambert is currently serving a three-month sentence with the N.C. Department of Corrections in an unrelated matter.

According to the Rowan County Sheriff’s Office, Lambert is suspected of breaking a window at his uncle’s home to gain entry.