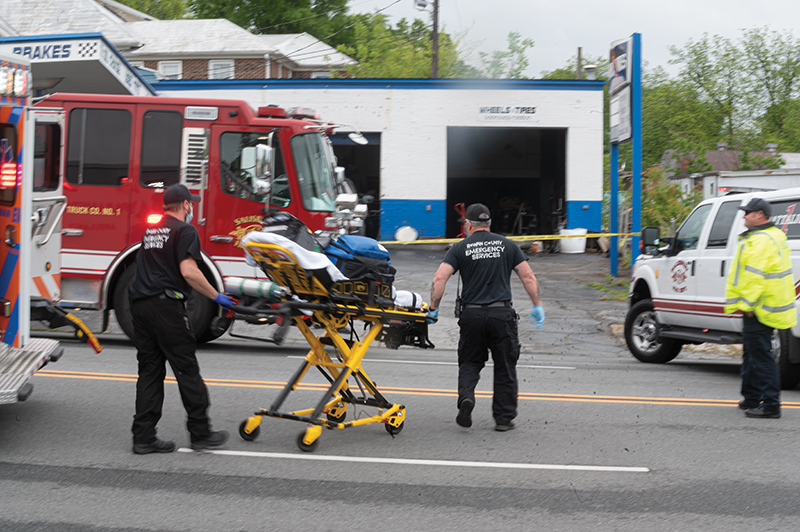 SALISBURY — One man received serious burns Thursday during an incident that briefly caused a fire at an auto shop on South Main Street.

A man whose name was not immediately released was torch-cutting a barrel that resulted in a small explosion and gave him severe burns on his lower abdomen and legs, said Salisbury Police spokesman Lee Walker. Witnesses on the scene described a fire as briefly flaring up and dying down so that it was quickly extinguished by the time firefighters arrived. The explosion shook nearby buildings, witnesses said.

It wasn’t clear exactly what liquid was in the barrel that caused the explosion and brief fire. During emergency traffic, telecommunications referred to the incident as a petroleum-flash explosion.

A second man was being monitored immediately after the incident for inhalation of fumes.