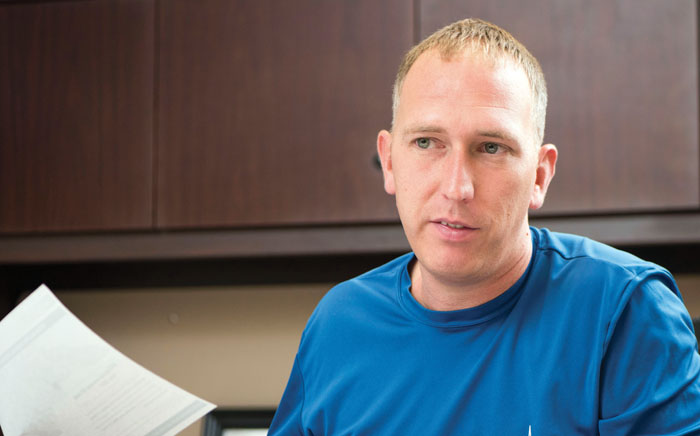 Bream wrote an opinion column published online Monday on salisburypost.com and in print today on page 4A, saying he felt the families deserved to know the truth about the outbreak at the facility and that he could no longer remain silent. Two weeks ago, the Rowan County Public Health Department confirmed an outbreak at the center, which is owned by Accordius Health.

The count further escalated to 96, according to a memo provided to employees and obtained last week by the Post. Bream said in his opinion column those 96 cases were patients, or residents, at the nursing home. There were an additional minimum of 17 positives among staff members, he said. There have been deaths among residents of the Citadel, but Bream said the exact number is uncertain, and the Rowan County Health Department has not released an exact number.

In his column, Bream detailed caring for a patient whose family was not aware they were positive for COVID-19. While working another shift, the doctor described talking with a Citadel employee who tested positive and said she felt the facility “dropped the ball.”

Bream said he was met with continued inaction and exasperation about the lack of transparency about the Citadel situation.

“What we have seen relating to the Citadel situation from the Rowan County Health Department and Accordius is a blueprint for exactly what not to do in a crisis,” Bream wrote.

The Post reached out to Accordius Health for comment and did not receive a response by deadline Monday.

In a lengthy statement, Rowan County Public Health Director Nina Oliver said that, while county officials appreciate Bream’s passion and concern, “The frustration expressed in his letter is misdirected.”

Early on, when the emergency department began seeing more patients from the Citadel, Bream said, “It became clear an outbreak had occurred.”

“We then worked with the facility and Novant Health Rowan to perform testing within 24 hours and implement on-site plans for containment,” Oliver said in response to Bream’s column. “Our personnel then hand-delivered the tests to the state testing facility in Raleigh and received results according the highest priority timeframe. … According to the Centers for Disease Control and Prevention, given their congregate nature and pre-existing risk population … nursing home populations are at the highest risk of being affected by COVID-19. RCHD responded urgently to test and set on-site standards for containment.”

In his opinion column, Bream wrote about family members not being notified that their loved ones were hospitalized with COVID-19. Responding, Oliver said the Rowan County Health Department’s primary authority includes investigating and tracing potential community spread and assisting the facility with the implementation of plans to limit on-site spread.

“RCHD is not permitted to contact family members of those who test positive for COVID-19 if there is no risk of exposure. Patients at long-term care facilities are not patients of RCHD, and our response is to notify the patient or facility where the patient resides,” she said.

In this case, Oliver said, the health department relies on the long-term care facility (the Citadel) to communicate patient status to those family members who are entitled to receive status updates. She said the Citadel agreed to follow CDC and N.C. Department of Health and Human Service guidance as it was issued.

For its part, Novant Health said all team members and physicians are entitled to their opinions.

“However, the facts support that Novant Health took immediate and supportive action the moment a potential outbreak at the Citadel was discovered,” a Novant spokesperson said in an emailed statement.

The statement goes on to say that Novant had daily communication with local health officials and sustained contact with local and national leaders of the Citadel.

“In addition to consultation and clinical guidance, necessary testing supplies were also offered. Novant Health will continue to work collaboratively and in lockstep with the Rowan County Health Department, the Citadel and other long-term care facilities in our COVID-19 response,” the spokesperson said.

Three more died after testing positive for COVID-19 in…