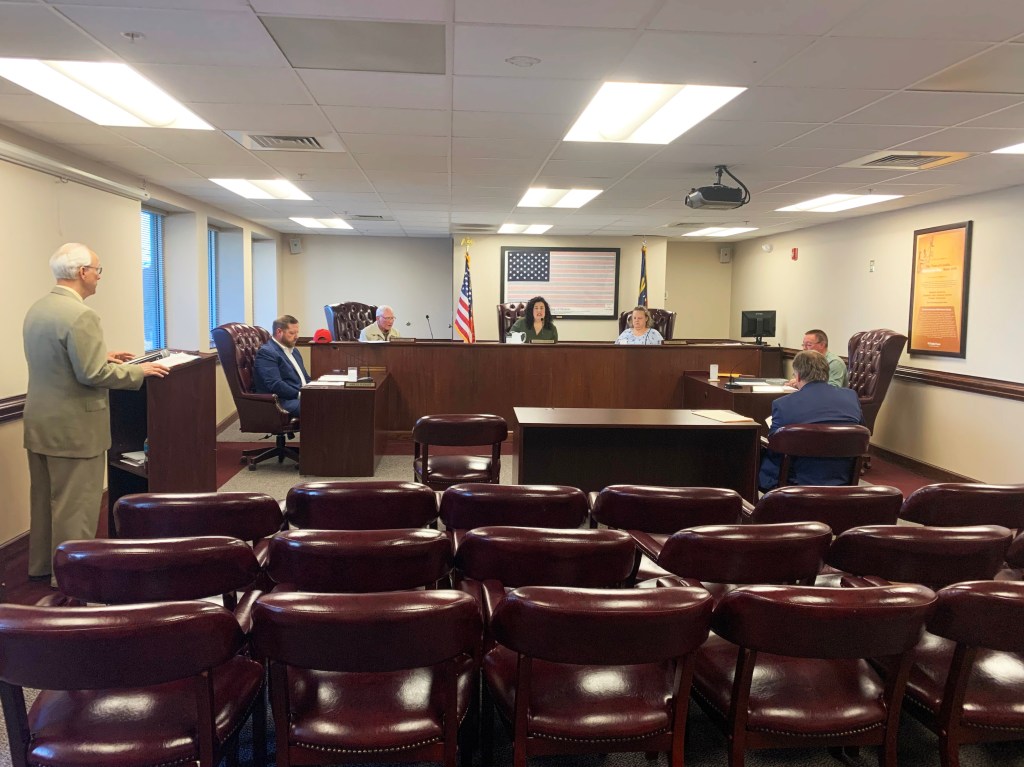 The Landis Board of Aldermen meeting was only attended by the aldermen and four town employees to adhere to guidelines of social distancing and no gatherings more than 10. Citizens were asked to submit their public comments by mail, email or by the town's drop box

LANDIS — Interim Town Manager Leonard Barefoot told aldermen Monday night there was “good news in the numbers” when speaking about the upcoming budget.

The meeting was held at town hall with only the five aldermen, manager, attorney, public works director, finance officer and a Salisbury Post reporter to be in compliance with social distancing measures due to the COVID-19 outbreak. No citizens were in attendance.

Finance Officer Diane Seaford said control of the town’s finances were brought in house and she has been getting help from Pam Doubis, a retired finance officer and assistant town manager.

“She is an expert in digging into the details,” Seaford said. “I think you will see as we move through the budget process; we changed some accounts. We got things in the appropriate place. I feel very confident about moving forward.”

Barefoot said the town will spend less than $1,000 for Doubis’ help.

Barefoot said he plans to stay on schedule with the budget process in spite of the COVID-19 outbreak. He told the aldermen to expect to come in ahead of an aldermen meeting for a budget workshop and other related meetings.

Barefoot said he is confident the town is where they need to be with the budget.

The town’s finances have been under scrutiny by the State Treasurer’s Local Government Commission for many years for having a low fund balance and overspending in several funds.

Mayor Meredith Smith asked if the accountant contract had been bid out.

Seaford replied that it wasn’t, but there are plans to bid it out next year. She said she wanted to have consistency. Seaford said she contacted the LGC, and Sharon Edmundson, the LGC’s director of fiscal management, gave Carrick her blessing.

A memo from Barefoot stated, “Due to the county’s responsibility for emergency management and health related services, they are better positioned to have the necessary supplies on hand and available close by. This is particularly true for ‘rapid’ testing and same day testing as they become available.”

The town will be able to file for a reimbursement.

After approval, Smith thanked the Rowan County Health Department, saying she and Barefoot were on the community leaders’ call every morning. The agreement was discussed at Friday’s meeting.

“They’re on top of it,” Smith said. “They’re trying to keep us as safe as possible.”

•  The board approved a declaration of withdrawal for an unopened portion of Hickory Street and a resolution to allow the town to advertise a 200-foot area on that street for sale.

The property is bounded by a private residence and a town of Landis pump station. Vanquish Fence Company is interested in purchasing the strip of land for a driveway. Barefoot said the business has worked with the private property owner on Hickory Street.

The town will advertise for the piece of land on Thursday. It will be open for 10 days.

Interested parties need to send in 5% of the offer. Barefoot said Vanquish has already provided the full amount of $2,500.

Barefoot said the sale would allow the town to receive tax revenue.

• The aldermen approved a resolution to allow N.C. Department of Transportation to put in a right turn lane on Old Beatty Ford Road at the intersection of U.S. 29.

Ask Us: What’s being built at Old Concord, Heilig…