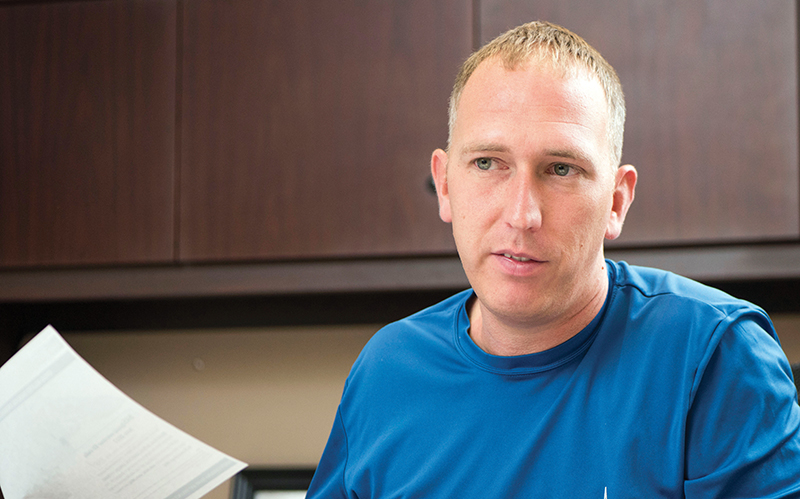 The outbreak of COVID-19 at the Citadel in Salisbury is tragic. At the time of writing this, we know there are at least 96 positive cases among this facility’s residents, at least 17 employees who have tested positive and multiple (but an unknown number of) fatalities.

While nursing home outbreaks have been well-documented throughout the country, with at least 39 such outbreaks in North Carolina alone, there are several reasons that the outbreak at the Citadel is especially concerning.

With no communication from the Rowan County Health Department or Citadel of which I am aware, a discussion occurred among the emergency department’s leadership team on the night of April 7th about our concerns and the need for immediate intervention.

On April 8th, multiple meetings occurred in which concerns were expressed about the lack of response to the Citadel outbreak. The emergency department’s team engaged the Rowan County Health Department and hospital leadership imploring a more aggressive response. A cascade of meetings occurred, which unfortunately revealed the gravity of the situation and the delayed response by the Citadel and Rowan County.

COVID-19 tests were collected at the Citadel on April 10th, refrigerated overnight and driven to the state lab on April 11th. It was also on April 10th that the Citadel — six days after the first suspected case was seen in the emergency department and at least five COVID-19 positive patients had been identified at the hospital —notified some families of the possibility of exposure.

On April 12th, I noted on the N.C. Department of Health and Human Services website that a significant increase in COVID-19 cases had occurred in Rowan County. On April 13th, it was confirmed to me that this was from the first wave of positive Citadel results. Those initial results from the Citadel showed that 85 residents were positive and were 15 negative. On an internal call on April 13th, it was also revealed that 15 Citadel residents were not tested. Among the facility’s team members tested, 32 were tested — 17 were positive, 4 were negative and the rest were pending.

It was also on April 13th that I worked a 3 p.m. to midnight shift in which there were several disturbing circumstances identified:

• My first patient of the day was from the Citadel, positive for COVID-19 and in serious condition. I called the family to let them know the patient was in the emergency department, and I was exasperated to know that the family had not been made aware — now at least a day and a half later — that their family member was positive for COVID-19. Unfortunately, this patient succumbed to the illness the next day.

• About an hour later, I had a patient who was an employee of the Citadel who was experiencing symptoms. She volunteered that she felt the facility had “dropped the ball.” Being extensively involved in the situation, I asked her if she would mind sharing what she meant. She told me that the staff had repeatedly asked to wear masks and were denied by the facility’s leadership. She also told me that the staff had asked to wear gowns. Only after patients started to get sick were those measures implemented. The employee lamented that, “By then, it was too late.”

• A few hours later, I got my second case of the day from the Citadel. I called the family to let them know the patient was in the emergency department, and this family was also unaware that their loved one was positive for COVID-19.

• I then contacted a member of our nursing staff who I knew had family at the Citadel. She also confirmed that her family had not been made aware of the outbreak.

• My last patient of the shift came in around 11 p.m. The patient was from the Citadel, COVID-19 positive and in critical condition. I called the family immediately because it was apparent that without major, invasive interventions the patient would not survive. After a discussion with the family, it was decided we would make the goal of care to keep the patient comfortable and transition to palliative care. Denied knowledge that the family member was critically ill and COVID-19 positive and unable to come to the hospital, I called the patient’s daughter on FaceTime so that she could have one more final moment with her father in which she could tell him she loved him one last time.

Met with continued inaction and exasperation about the lack of transparency about the Citadel situation, I continued to implore, especially the Rowan County Health Department, to simply do the right thing and tackle these issues head-on.

This has not occurred.

These events are obviously concerning to me as a human being, not only as a physician and the medical director of the emergency department. Informing family members of catastrophic diagnoses and death is part of my job as an emergency room physician. When handled appropriately, guiding families through the grieving process is one of the most rewarding things I do. However, what we have seen relating to the Citadel situation from the Rowan County Health Department and Accordius is a blueprint for exactly what not to do in a crisis.

We now know families were denied knowledge that a COVID-19 outbreak existed at the Citadel for at least six days prior to being informed of quarantine. Two days elapsed between COVID-19 positive test results and communication with families. Patients died at the Citadel without family members being notified. Families were denied the ability to have one last meaningful interaction with their family. Employees were wrongly denied personal protective equipment. There has been no transparency.

These families deserve to know the truth about what happened and deserve closure regarding the COVID-19 outbreak at the Citadel. This vulnerable population and the Citadel staff have suffered and were unable to speak for themselves.

Hopefully, this is just the start of a robust conversation about these unfortunate events and the start of full transparency by all entities involved.

Dr. John Bream is medical director of the local hospital’s emergency department. The Salisbury Post has contacted parties mentioned in Bream’s opinion column for comments about his statements.