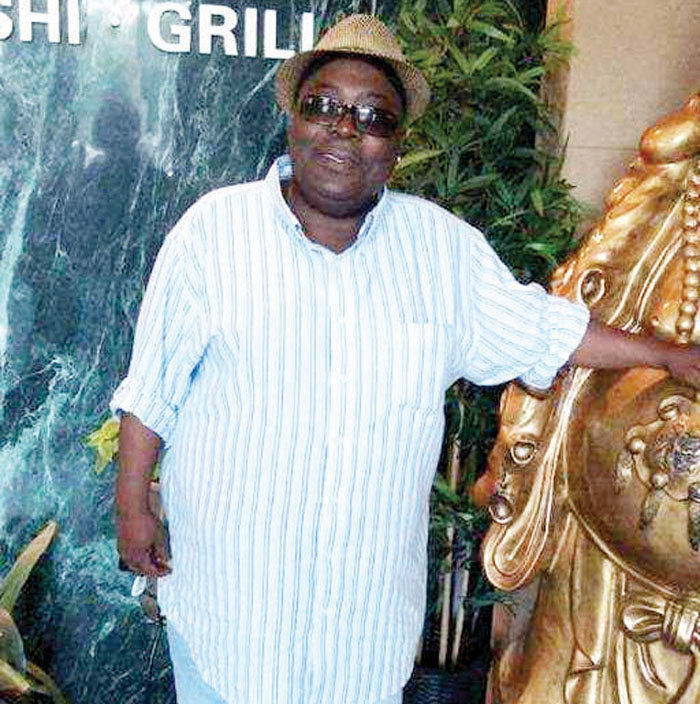 Barber, a 59-year-old Salisbury native, was traveling on his moped in the 700 block of West Horah Street when he was struck head-on. The driver, who is believed to have been in a gold or silver sport utility vehicle or possibly a “work-type van,” did not stop, a witness told Salisbury Police Department investigators.

Barber had been in a collision a few years ago after someone ran him off the road while riding his moped. He had bruised ribs, spent time in the hospital and returned home a few days later.

“They told me this time it was fatal and he wasn’t coming home,” Sloan said.

Sloan, who is an only child, was close to his father. He lives in Concord but traveled to Salisbury on a regular basis to visit. And Sloan spoke with his father every day, including just five hours before the fatal crash.

The father and son fished together, too. Sloan said his father loved to dance, laugh have a good time.

“He always felt like he was better than everybody at everything. He was very competitive,” Sloan said.

He was the type of person who brought the best out in others and that’s why many in the community are hurt by his death, Sloan said.

“Anybody who knew him just knew he was a person that brought value to your life. He was the person who made people around him better,” he said.

Sloan described his father as a no-nonsense type of guy who always had a smile and a jovial manner.

“He gave me the confidence I have,” Sloan said.

Sloan has four children — Kazai White, 15; Adriana Sloan, 15; Dezaiah White, 13; and Kadrian Sloan, 4. All were close to their grandfather. Sloan also has a fiancee, Larrishea White.

And anybody who knew Barber was also likely to know about his son and grandchildren, which he bragged about frequently.

“We were his world,” Sloan said.

Now, Sloan is reminding them of the foundation that was set in place by their grandfather.

“I try to keep them focused on the positive things and his expectation of us. We have to continue to focus on the good of him and not how bad the situation is,” he said.

Barber was a disabled Army veteran who had served a tour in Germany for a few years before eventually returning home. He would later work at the Hefner VA Medical Center, where he also became a patient.

Sloan called his father’s death a dishonor. He gave his life to serving people in the military and post-military, Sloan said.

“It was an unhonorable death for an honorable man,” he said. “He gave his whole life caring about other people. So, to know for a moment that somebody would hit him and keep going and not stop to care for him, it’s unhonorable action,” Sloan said.

If given the opportunity to speak to the person who struck his father, Sloan said he would tell the person their careless actions affected many people, including his father’s mother, Connie Barber, and sisters Tasha Jones and Teshia Barber.

“We all have hurt in our heart that we can’t get past because of their carelessness and their lack of responsibility. I got a pain in me that will probably never heal for the rest of my life, for my kids and his nieces and nephews,” he said.

No arrest has been made in the hit and run. Anyone with information is asked to contact the Salisbury Police Department at 704-638-5333 or call Salisbury-Rowan Crime Stoppers at 1-866-639-5245. Tips may be submitted online at tips.salisburyrowancrimestoppers.org, via Facebook private message or via the Nixle app by texting 888777 with the words: TIP MYSALISBURY (your tip information). Caller identity is not required and information will remain confidential.