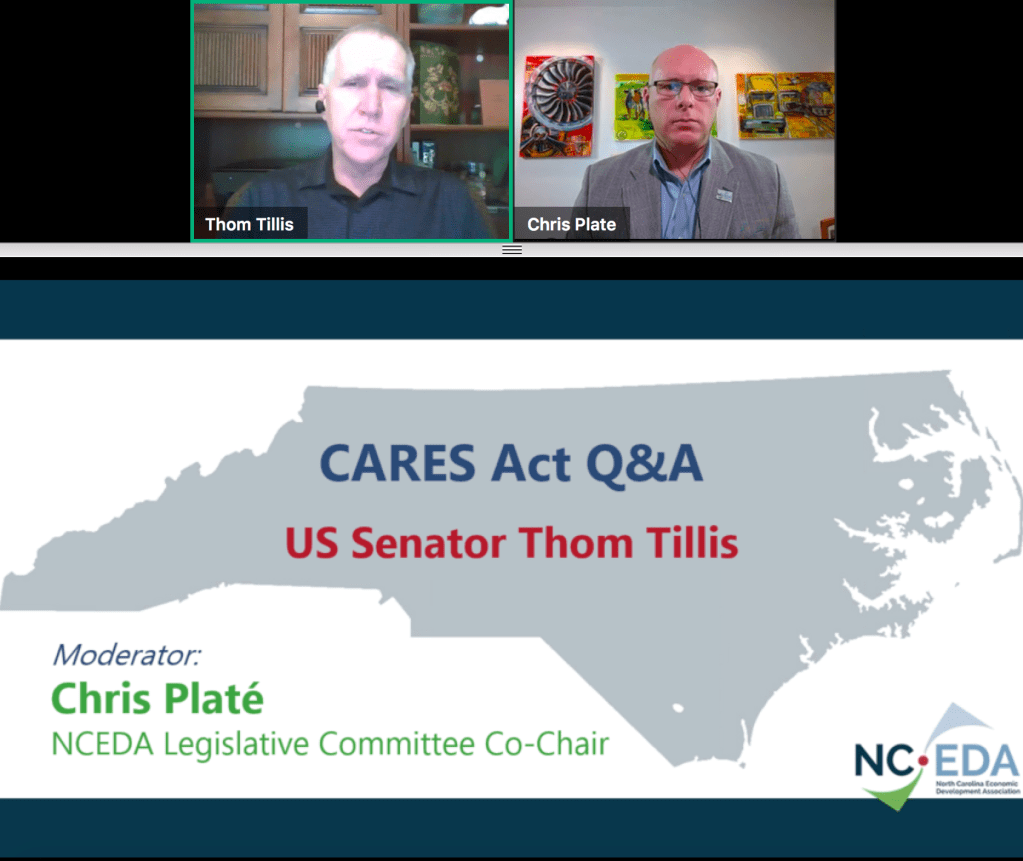 SALISBURY — U.S. Sen. Thom Tillis says there should be a follow-up to the CARES Act, an economic relief package passed to help people during the COVID-19 outbreak, but hesitates to say whether it would be the same fiscally.

During a question and answer session hosted by the N.C. Economic Development Association Thursday morning, Tillis said programs developed as part of the CARES Act should be expanded to entities that aren’t eligible, such as 501(c)(3)s. He said there should be added precision to the eight-week period for the Paycheck Protection Program because some businesses are likely to lag in resource need.

Tillis, the junior Republican senator for North Carolina, said the Senate is working to add another $250 billion to the Payment Protection Program, which is “very popular.” He is hopeful to get unanimous consensus with his Democrat colleagues. The funding for the program ran out Thursday, he said.

By the end of the week, half of those eligible for the individual assistance will receive money through direct deposit, he said. The other half could take weeks or up to a month to receive a check.

“One thing that we need to focus on collectively is what are reasonable, safe start up looks like for non-essential businesses, and the timing of that,” Tillis said.

To get the economy back to where it was in February and early March, economic leaders need to come together to craft a plan to reopen businesses. It will “start with implementing more strenuous measures for the essential businesses that are open today,” he said.

Tillis said the goal is to manage the reopening of businesses so that the health care system is not overburden and the economy is not distracted and impacted by an increase in COVID-19 cases.

He said it is important to take the governor’s executive orders seriously. Tillis said Gov. Roy Cooper “has done a very good job under the circumstance.”

Tillis said there has been economic opportunities as a result of the pandemic. The state’s textile sector, he said, has been retooled to generate personal protective equipment, like masks and gowns. The pharmaceutical and biotech industries will need to work quickly to showcase North Carolina as the home of manufacturing capabilities as some will move out of China.

Tillis said he “had a problem” with China before the pandemic. The were a bad actor economically, Tillis said. Now, the country is a bad actor of how they responded to COVID-19 by not providing information that would have given the U.S. an extra month to respond to the outbreak, Tillis said.

He said some in the private sector have stepped up to provide resources in the pandemic, and that Congress should do their part to help with the economic consequences.

Tillis said he expects the Senate to go back in early May after the peak of COVID-19 cases.

Some businesses credit local community with ability to keep…