Happy Roots is spreading the joy of gardening despite pandemic 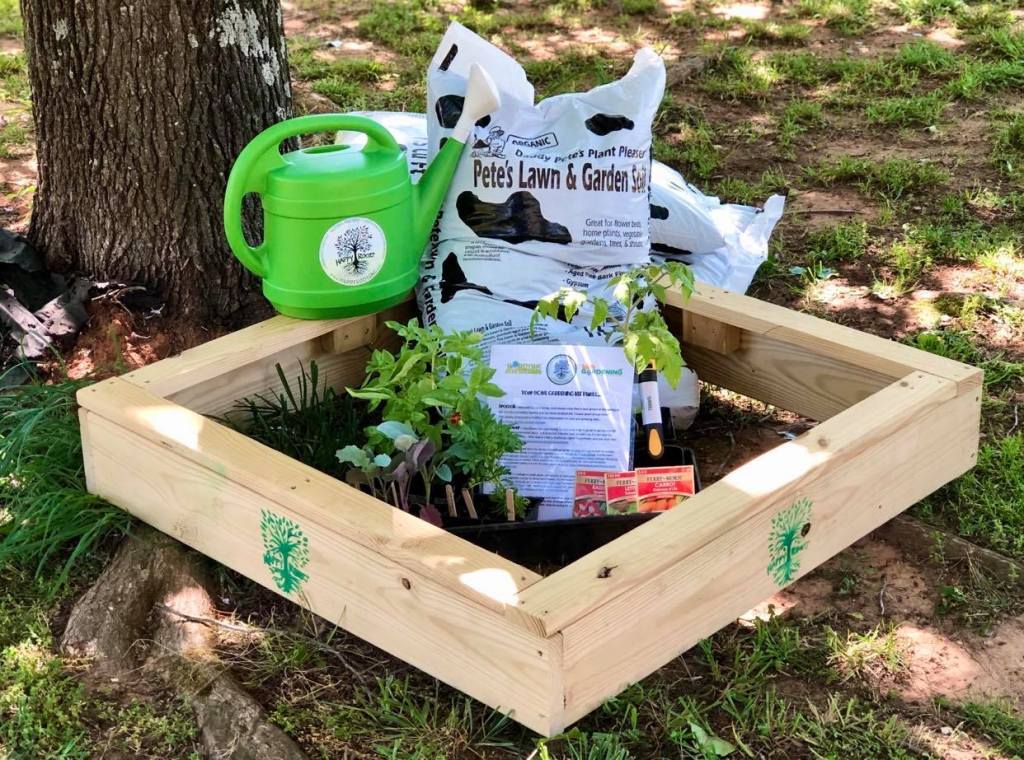 Submitted photo - An example of the supplies given to families who signed up for Happy Roots' home gardening course. The kits included tomato, cabbage, marigold, cabbage broccoli and basil plants.

SALISBURY — Happy Roots has been working at Henderson Independent School for the past three years, helping middle and high school students learn how to garden at the greenhouse, where they grow fresh produce for other schools and the community.

“In 2020 our goal was to establish a more regular school garden program with these schools,” Happy Roots Executive Director Ashley Honbarrier said.

Honbarrier said nonprofit was disappointed when it had to put some of its plans on hold due to the COVID-19 pandemic, but in the meantime it has begun a new program that ties into the eLearning local kids in Rowan-Salisbury Schools have been taking on for the past few weeks.

Gov. Roy Cooper ordered all public schools in the state to close on March 14, and later put restrictions on gatherings.

Happy Roots is now putting together garden boxes as part of its partnership with the district’s Horizons Unlimited which are being delivered to families. The course is in the Canvas apps used by students.

Families who signed up and have received their boxes were given broccoli, basil, cabbage, two varieties of tomato plants as well as seeds for merigold, chives, lettuce carrots and radish plants. A unique addition to the kits is Kohlrabi, a type of wild cabbage that looks like a turnip.

Mylissa Rosado is a parent who received one of the boxes. She said she started following Happy Roots last year and was given some plants.

“We’ve always liked to grow our own vegetables during the summer,” Rosado said. “It just seemed like a good opportunity.”

Rosado said she feels it is important for her kids to have the opportunity to learn about growing their own food.

“I’ve seen all the good work that Happy Roots has done and it’s a really good organization to have here in Salisbury,” Rosado said.

Honbarrier said interest in the idea of World War II victory gardens has resurged. Nations involved in the conflict, including Germany, encouraged citizens to plant gardens to generate more food than was provided in rations and as a means to improve spirits. The phrase is attributed to American agriculture scientist George Washington Carver.

“Gardening is therapy,” Honbarrier said. “Working in the dirt and around plants is a mood lifter.”

Honbarrier said she wants people to become more self-sufficient and aware of where their food comes from.

“Some of our food travels thousands of miles,” Honbarrier said.

More than 50 families have signed up to receive the kits. The nonprofit has other grant funding it received for school gardens and is checking with the grantor to see if it can apply the funding toward the new home gardening program instead.

Some businesses credit local community with ability to keep…