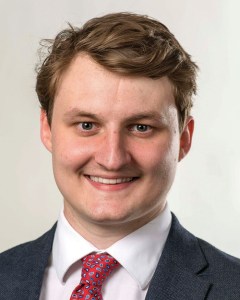 Like many, Easter is a time for me to journey home and visit family.

But, for those of us living abroad, plans to come home can always go differently than imagined. As you might expect, this year has been a particularly rocky attempt. Flights got canceled, and I, currently pursuing my master’s degree in Munich, Germany, got stuck.

Just about anyone tuning in to the situation here will tell you how disruptive the virus has been for a country stereotyped for its “Gelassenheit” — calm composure and careful planning. People have been on edge. While true panic about potential food and supply shortages never broke out, many, out of compulsion and angst, began buying items such as toilet paper and pasta in bulk, known as “hamsterkäufe¸” or directly translated from German “hamster buying”.

Responses to the virus have been varied across the country. Germany is a federal system, much like the U.S., meaning states have rights to handle the situation in their own accord. Bavaria, the state Munich is located in, was one of the first of the German states to react. In mid- to late-March, the local minister-president of Bavaria, Markus Söder, said he was done chatting about the situation in Berlin, Germany’s capital. After that, Söder enacted a relatively strict stay-at-home order.

Groups of two or more, who aren’t composed of members of the same household, are to be slapped with punitive fines, ranging up to €25,000, if spotted in public. With that, all forms of associational and public life have been ended. Easter worship services were canceled accordingly or moved online; my plans included.

Before this all started, I was supposed to return to North Carolina. My girlfriend, who’s German, was supposed to celebrate Easter with my family.  However, the Trump administration barred Europeans from traveling to the U.S. due to COVID-19. The European Union soon followed, shutting its borders to nearly all foreigners. Germany also closed parts of its borders with neighbors. Over the past few weeks, the State Department has advised Americans abroad to return home immediately or prepare to stay abroad for an “indefinite period.”

At the same time, photos flooding German media and the internet of Americans wading through large packed customs gates made me hesitant to return home. At 10-plus hours in a plane, it didn’t seem appealing amid a pandemic.

And it’s an unsettling thought knowing you could be lucky in one regard, by being asymptomatic, while also knowing that this could also make you very unlucky: visiting home could lead to accidental infections of friends and family members.

Yet, despite all of this, some things have gone on seemingly normal here in Munich. On March 15, shortly before the restrictions went into place, Bavaria held municipal elections as normal despite concerns. The government quickly adjusted for the March 29 “stichwahl,” runoff election, switching to mail-in voting. And there’s been little discussion about the election, especially in comparison to the Wisconsin elections, which caught the attention of major media such as the New York Times.

Moving here is still allowed, too. Anyone familiar with Munich’s rental market, knows it’s a headache to find a place to live. But after a relatively lengthy search, I found one, with a move in date of April 1. My contract for a student dorm room I was subletting ended at the end of March, and even as I repeatedly inquired with my prior landlord, I was told moving out should and could take place as normal. Moving while social distancing and most shops are closed is no easy feat. Buying essential items such as a bed or desk can go from being a relatively quick, one-day trip to Ikea to a weeklong Amazon shopping spree as well as a weeklong sleeping session on a cheap foam mattress.

For example, there was last Friday when I went for a run in a park (doing sports outside by yourself is still allowed). What one might imagine to be a joyful activity in solitude became a social distancing nightmare. The same has been true for going shopping at the grocery store or walking down the street. Regardless of what you do, there’s still people who will walk by or up to you unbeknownst and well within 6 feet.

On top of this, many still aren’t wearing non-medical masks or gloves in public. However, non-medical masks and gloves aren’t required, and recommendations have been mixed or controversial. Medical masks have been recommended against as they are needed in hospitals. But even with some ignoring warnings and punitive measures, efforts seem to be working and the situation seems to have relaxed some.

Locals who I’ve talked to now talk about rumors that there might be an easing of the current restrictions. And it’s also beginning to become a widely discussed theme in daily media reports. However, this is far from certain. Italy extended its quarantine measures until early May.

Samuel Motley is a Davie County native and a former reporter at the Salisbury Post. He is currently pursuing his master’s degree at Ludwig Maximilians University in Munich, Germany.