‘What are we supposed to do? Die here?’: Citadel nursing home residents, family member speak out 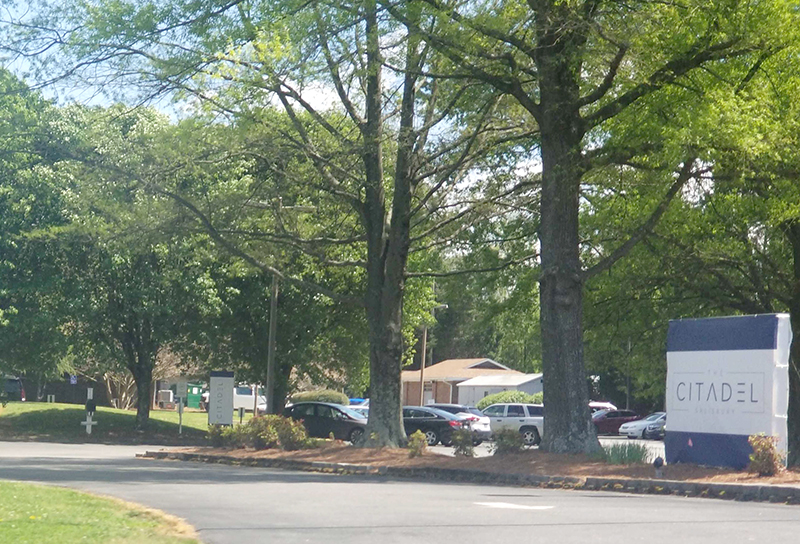 Carl Blankenship / Salisbury Post - The Citadel in Salisbury is the site of a COVID-19 outbreak according to state data and local health officials.

SALISBURY — After the discovery last week of a COVID-19 outbreak at The Citadel nursing home, residents and a family member are describing a place where workers are in short supply and residents aren’t receiving critical medications on time.

The Rowan County Health Department confirmed Thursday that Citadel, located on Julian Road, is the site of a COVID-19 outbreak, which is defined as “two or more positives in a congregate setting.” At the time, Accordius Health contradicted health officials and employees who said there were at least four cases, with the company saying there was only one case. The company’s website said there were no cases at any of its facilities.

Tuesday night, Accordius Health, which operates the Citadel, said there were 75 known COVID-19 cases at the facility.

“Last week, Citadel Salisbury announced that one resident had tested positive for the coronavirus although many had been tested as their symptoms presented,” the company said in a statement. “Citadel Salisbury and the Department of Health have been in close communication and are partnering to best manage the continued spread of the virus and the care for the infected residents.”

Last week, her mother-in-law wasn’t receiving regular baths. The family member said she made six phone calls, none of which were returned. After three attempts to reach a director at The Citadel, the family member spoke with a staff member Monday evening who, she said, wouldn’t provide the latest update on the COVID-19 outbreak.

“No one’s calling you back to tell you about your loved ones,” the family member said. “Is that too much to ask for?”

Problems persisted Tuesday, the family member said, as the mother-in-law had not received needed help to use the restroom by 11 a.m.

Citadel residents said they have frustrations of their own. Resident Barbara Davis said she witnessed one aid tending to 40 patients Monday night. At 11:20 a.m. Tuesday morning, Davis said no aids had visited her room to help her get dressed or assist her with using the restroom. And Davis said she also hadn’t received medication, even though she recently contracted pneumonia. Davis said she didn’t receive her nighttime medication Monday night until 11:30 p.m.

“They let me get like this,” Davis said. “We have no aids, no nurses or nothing here treating us. What are we supposed to do? Die here?”

Sarah Taylor, an 85-year-old resident, said she arrived in September, and that staff members routinely don’t communicate information about what’s going on. Lately, Taylor said, she seldom sees a doctor or nurse, except when they dispense medicine.

Taylor said conditions changed when new leadership took over the facility. Taylor said she either went without nurses dispensing medicine during the transition or nurses who weren’t familiar with her medical needs, which led her to count and ensure she was taking all of them when they were dispensed.

“I came here in September, and I’ve been wanting out ever since,” Taylor said.

In their statement Monday night, Accordius Health said residents were in “good spirits.”

“Our quality of life staff are getting really creative with their in-room activities and ‘special’ visitors that can be seen out of their windows,” Accordius Health said in its statement. “Our staff is working so hard to make everyone feel good.”