Josh Bergeron: Making sense of system we have 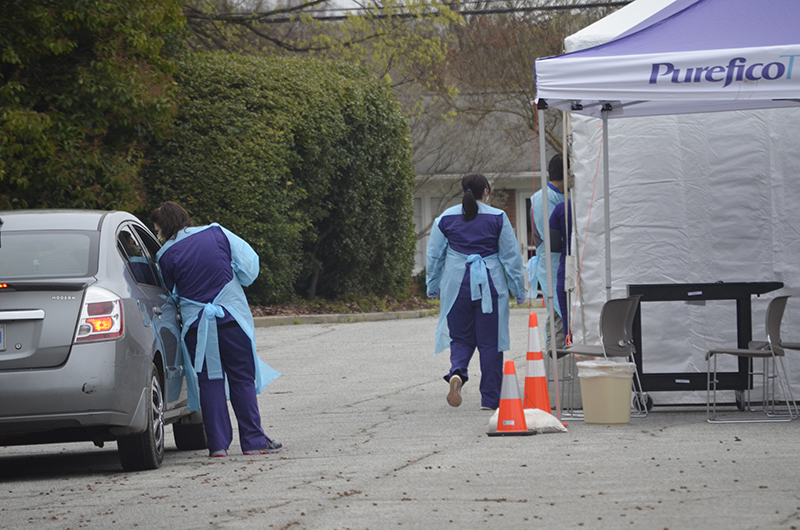 As the outbreak of COVID-19 made its way to North Carolina in March, health care professionals and doctors were finding a similar truism about tests: despite people displaying symptoms of the virus and its associated disease, tests were hard to get.

The N.C. Department of Health and Human Services now lists two criteria for being tested:

• Have a fever or lower respiratory symptoms and contact with a confirmed COVID-19 cases in the previous 14 days, or

• Have a fever and lower respiratory symptoms and a negative rapid flu test.

But even as criteria expanded, there was a shortage that prevented doctors from testing everyone they wanted to. On March 13, Novant Health Emergency Department Director John Bream said the state had just hundreds of tests to ration until LabCorp, a private company, allowed for Rowan Medical Center to order tests. March 13 was also the day when “strict travel criteria was eliminated … even though community spread has been documented for weeks.”

As of Saturday, there had been roughly 1,200 tests conducted in Rowan County — where there are more than 140,000 residents, many of whom would like to be tested and some of whom have contracted COVID-19 and not experienced any symptoms.

One week ago, Rowan County Public Health Director Nina Oliver said people across the country were testing positive for COVID-19 without any symptoms. But people have been discouraged from being tested if they do not have symptoms because of various problems with the system.

That’s not Oliver’s or Bream’s fault. It’s just the truth in a community and country where tests can’t be given to everyone who might have COVID-19.

Two weeks ago, Bream said he was skeptical of numbers in counties like Guilford, with hundreds of thousands of people, only having 122 cases and Forsyth, another large county, only having 104 cases. And he’s right.

Reasonable people should operate under the assumption that more people than have been tested have contracted the virus. They should also realize the community, for now, must use the system it has rather than the system it needs.

When Bream wrote one of his regular COVID-19 updates on March 23, wait times were four to seven days, but his statement then holds true today: “Patients anxiously await their results for days. Health care workers don’t know when they’re exposed … While the COVID-19 test may not change disposition decisions, it certainly has a real purpose for patients and to providers.”

Salisbury Post reporting has shown test results have taken as long as two weeks to produce a positive or negative result.

So, how should people view daily releases of testing results by the Rowan County Health Department?

People should pay particular attention to the trend in positive cases here. Oliver told the Post one week ago that the community was in the “acceleration phase” of the virus. And in the previous week, Rowan County has seen its steepest inclines, with the sharpest occurring from Friday to Saturday.

The average age — 49.5 — has hovered close to its current position as more cases have been added. And while it’s higher than the county’s overall average age of about 40, there’s no reason for folks younger than that to relax. People younger than 18 and in their early 20s may be at a lower risk of contracting a serious case of COVID-19, but as Oliver told the Post one week ago, people who are asymptomatic don’t necessarily pass along a symptomless case to others.

The number of people hospitalized, too, is particularly important because that indicates how many have become seriously ill from COVID-19. We should all cheer internally, or aloud if you like, when another person is added to the “recovered” list.

The same people who have trumpeted that the virus’ spread is not worth shutting down the economy have also adopted the line that projections are too high or overhyped, but our community’s “curve” has shifted more sharply upward than it has been previously, there’s no way to know with certainty when it will flatten and no dollar is more valuable than a human life.

Our community should look forward to the day when it can collectively look back on the COVID-19 outbreak and wonder whether stay-at-home measures could have been more lenient.

One day, America will respond perfectly to a global pandemic, with enough testing resources for everyone in the country and precautions taken without any second guesses.

Until then, it’s important to heed recommendations from professionals. As much as possible, people should stay home and stay physically distant from others when in public. That includes when going on a walk or in a grocery store.