CHINA GROVE — A man who claimed to be locked inside an automotive dealership was found in possession of heroin and pills, according to Rowan County Sheriff’s spokesman Capt. John Sifford.

A deputy responded to Copart, 1081 Recovery Road, on Friday night to a burglary alarm. According to a 911 dispatcher, a man had been seen on security cameras walking around outside the business.

A manager met with the deputy to say they believed the suspect was still at the business. 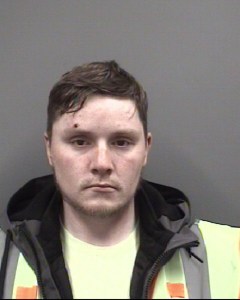 He told the deputy he’d gotten there are 4 p.m., checked in at the front desk. Watts said he was looking for a vehicle, he was a regular customer and had an account at the business.

The deputy also found two syringes and an empty bundle and two drink cans that were used to contain the heroin for liquifying the drug, Sifford said.

The deputy also found a pill bottle with his name on it but the pills inside were clonazepam and methadone.

Watts began to resist as a deputy was attempting to arrest him. Watts had to be taken to the ground, Sifford said.