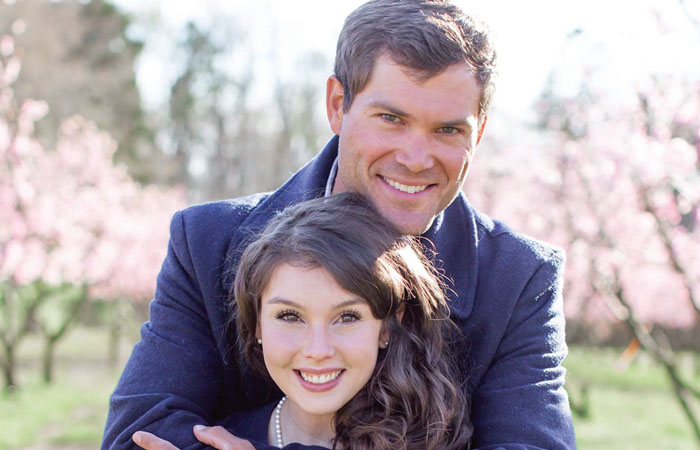 Courtesy of Alyssa Smith — Alyssa Smith, 30, and fiance Phillip Harris, 30, had to postpone their wedding, which was scheduled for April 25, due to the COVID-19 pandemic.

SALISBURY — While 2020 will be a year many may not remember fondly, some couples will have a wedding anniversary they’re likely to never forget.

Such is the case for Alyssa Smith and Phillip Harris, who planned to celebrate their wedding on April 25 at Lady Bird Farm in Rockwell. But the COVID-19 pandemic, caused by the coronavirus, has forced the couple to alter their wedding plans.

The couple, both 30 years old, began pondering the decision in March when news of the coronavirus first started circulating. Several of Smith’s family members were unable to travel, such as her sister who lives in Germany.

The two are still trying to have a ceremony, perhaps with only their parents in attendance, if possible, because “being married is the most important thing for right now.” But Smith said she understands the duration of the pandemic is still unknown.

“We want people laughing and hugging and drinking together,” Smith said about her reception, but adding that they understand “that can’t happen right now.”

Moore said some of her brides who had weddings planned for March, April and the first part of May have rescheduled for July and August or for next year, which means that while she won’t be seeing some of that revenue for this normally busy time of the year, it’ll just come later.

Additionally, the flower shop is still taking deposits and inquiries, and booking weddings, which Moore said is “encouraging.”

However, the flower shop did lose $15,000 from an annual corporate party that’s usually the shop’s biggest event of the year, which is a hit to its regular revenue flow right now.

She added that getting flowers during this time has been difficult because 90% of her flowers come from Colombia, and they can’t be flown out right now. This is similar to what’s happening worldwide, she said, as brokers and growers have taken a hit since people are unable to use flowers for events currently.

Another wedding necessity taking a hit includes catering services. But Alan Bishop, who’s the director of catering for Smoke Pit, said his business “should be able to weather the storm.”

So far, he said, only one bride has canceled catering for a small wedding. However, Smoke Pit Catering will take a hit of about $50,000 to $75,000 from canceled corporate events, which accounts for 5-8% of its annual sales.

But a catering business is able to book multiple events on any given day, which allows the catering business to be flexible with deposits. And small events like birthday parties and office events are still possible.

Nonetheless, Bishop said he’s concerned with whether his employees will still be available to work when the pandemic has subsided. He said Smoke Pit Catering has about 325 employees, who are mostly younger and college-aged workers, and 80% of the staff aren’t getting all their hours right now. He added that the company “is going to be in trouble” if the pandemic continues for months.

“Everybody’s just in this limbo stage for May,” Brown said.

An issue venues run into with postponed weddings is a clash of dates. Having dates pushed back also means venues will have to work harder to “flip events” for each Friday, Saturday and Sunday in the future months.

But it’s “promising” that venues for new events are still being booked at this time. And Brown said the revenue for postponed events means it won’t be lost, but instead received at a later time.

“If you call our office, you’re not going to get doom and gloom,” Brown said.

For the most part, he said, brides and grooms are trying to keep wedding ceremony dates with just close family members and celebrate with a reception at a later date.

For now, Smith and Harris’ ceremony and reception are still “up in the air.”

“It’s hard to reschedule when we don’t know what it looks like yet,” Smith said.

Editor’s Note: A previous version of this story identified Alyssa Smith as Ashley Smith. It has been updated. We apologize and regret this error.

Schools to cut back on meal distribution after spring…