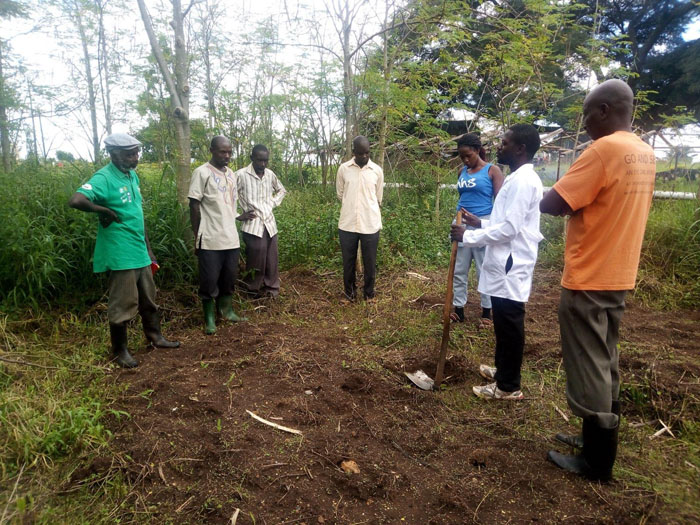 SALISBURY — Robin Moulton had been in Uganda for two years with the Peace Corps. But last week, like several thousand other volunteers, he was given one day to pack his bags and head home. 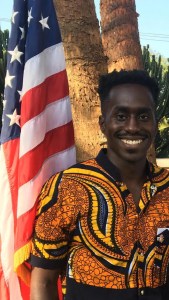 The Peace Corps organization announced on March 15 it would suspend volunteer operations and evacuate volunteers due to the COVID-19 pandemic. Moulton said it was difficult getting home. He was told volunteers needed to evacuate. And, according to the Peace Corps, if travel became impossible they didn’t want volunteers stranded abroad.

“We had a day notice: ‘Pack your bags today. Tomorrow we will give you details on how to get to the capital,'” he recalled.

Moulton, who calls Salisbury home and is a Salisbury High School alumni, joined the Peace Corps in June 2018 because he wanted to be able to use his marketing degree to teach skills to others. He found his place in the Peace Corps’ agri-business program. He worked with farmers to teach them to become entrepreneurs and with youth in the same capacity.

His family is from Liberia, in West Africa, but he’d never been to the continent prior to joining the Peace Corps. Two years ago he boarded a plane to John F. Kennedy International Airport in New York City before flying to South Africa and Uganda, a landlocked country in East Africa. He found his Peace Corps home in the city of Hoima, located northwest of the capital city of Kampala.

His first day in Hoima was like a “warm, welcoming embrace.” More than anything, the people of Uganda were welcoming to the point that “they want you to enjoy your time in their country,” Moulton said.

He described Hoima as one of the “hidden gems” of Uganda, with paved roads, “nice restaurants” and eco-resorts.

Moulton was still in Uganda during the Ebola outbreak of August 2019. Uganda received an imported outbreak from the Republic of Congo.

“We had maybe one case in Uganda. They handled that very well,” Moulton recalled.

He said the health officials there took some of the same measures that some are taking now with COVID-19 — border control, checking people with a high fever, noticing whether someone may have been sick and quarantining them.

It took Moulton 24 hours to travel from the U.S. to Uganda two years ago, but his trip back home wasn’t so easy.

Before leaving Uganda, he had to wrap up a project, quickly pack his bags and learn when he’d be on a plane.

“They gave some people flights. The next day all of that went out the window,” he said. “They were like, ‘Some of you people have flights. We’re going to need you to get ready in an hour.”

Moulton was booked on the last flight, with about 30 other people. He took a chartered flight from Uganda to pick up Peace Corps volunteers in Rwanda. Then he went from Rwanda to Malawi to pick up volunteers. Then they all flew to Ethiopia, and were there for two days. Then, his cross-continent return to the United States took him to Ghana to pick up volunteers in the western region. Then it was to Washington, D.C., and, finally, Charlotte.

He said he felt the Peace Corps staff were doing their best, but with canceled flights and coordinating volunteers’ trips home across the entire U.S., it was challenging.

“It was really the uncertainty of everything,” Moulton said.

It was recommended that he and other Peace Corps volunteers quarantine themselves for at least two weeks once they returned home. Some volunteers, though, aren’t as lucky as he was to be able to stay at home with family during quarantine.

So what’s next for Moulton? He’s been home nearly two weeks now and spends his days trying to figure that out. He’s now faced with looking for a job at a time when unemployment is increasing.

Moulton had planned to stay another three to six months.

Moulton is unsure of where he stands, but assumes his tour ended when he boarded a plane for home. Some Peace Corps volunteers were placed on “administrative hold” while the organization determines whether the volunteers can return.

He said, if he wanted to continue, he’d have to re-enlist and start over.

He’s been receiving help from family friend Kenny Hardin, who has been helping him with his resume and professional development. He feels as though coming home and being told to stay in his home has hampered job searching.

Moulton said he hopes to find a job writing.