Spirit of Rowan: Salisbury has ‘hit the metrics’ for new retailers 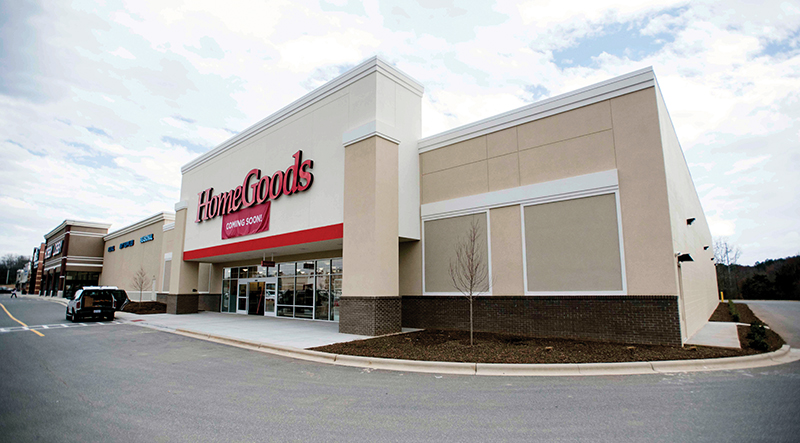 HomeGoods and Burlington have joined the ranks of retailers in Salisbury.

HomeGoods is a chain of discount home furnishing stores and was founded in the early 1990s. It has hundreds of locations today. The chain sells name brand items at a discount and is based in Framingham, Ma.

Burlington, which used to be called Burlington Coat Factory, is named for a city by the same name in New Jersey rather than the one in North Carolina and was founded in 1972. It is also an off-price department store retailer selling brand name items. The 35,000 square foot location is one of 18 in North Carolina.

Both stores were originally scheduled to open next to each other in March and are the latest companies in town recruited by Chattanooga-based developer Hutton. Hutton Development Partner Jamey Flegal said the company also brought Belk, Ulta Beauty and Shoe Carnival to a nearby shopping center town a few years prior in what used to be a Home Depot location, and the national company has had its hands in other projects around town as well.

“There is a lot of growth happening there, so we’ve been fortunate to be successful in Salisbury and be part of Salisbury’s success,” Flegal said.

Flegal said Hutton does a lot of work with TJX Companies, the Massachusetts-based firm that has retail brands that include T.J. Maxx, Marshall’s and HomeGoods, and has a proven track record with Burlington. Salisbury already has a Marshall’s location nearby.

“It’s just knowing the retailers that are active and staying in front of them,” Flegal said.

Rowan County Economic Development Commission President Rod Crider said his group was not involved in recruiting the companies but that the EDC has worked with Hutton and that the new retailers are a positive for the town.

“Retail development is kind of a sign of a growing population and perhaps a growing per capita or median income,” Crider said, adding he is often asked why the town does not have certain retailers like Target.

Crider said most retailers know their markets well and collect data that tells them where they need to be to make a profit.

“We have hit the metrics with Burlington and HomeGoods,” Crider said. “It’s a positive sign that our area’s growing. There’s room there to absorb that additional retail and we would expect because of that location and the retail that exists across from the expressway from them, other retailers would look at the same general area. The two will draw more customers they can then share.”