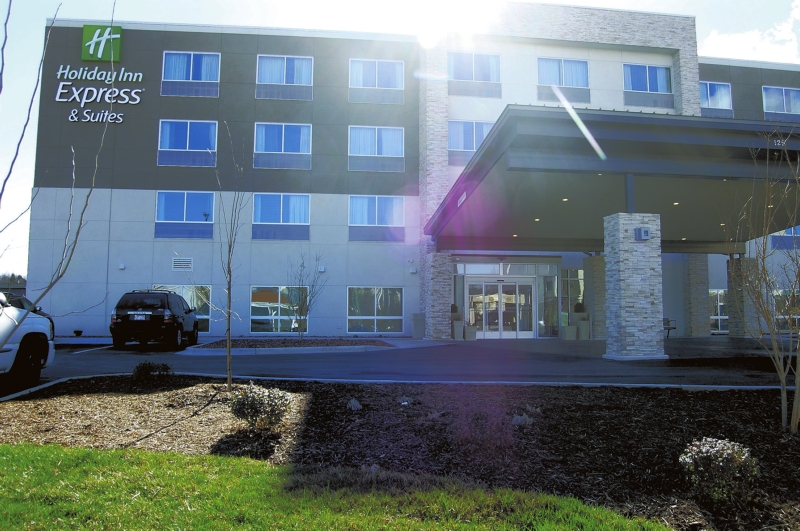 The Holiday Inn Express and Suites, which opened in February 2017, is among hotels in the city limits that pay a 3 percent occupancy tax to the city and to the county. Jon C. Lakey/Salisbury Post

As the economy has so, too, has the hotel and lodging industry in Rowan County.

While times are different because of COVID-19, Rowan County’s hospitality and lodging scene has grown by an estimated 63% since 2013, according to James Meacham, the CEO of the Rowan County Tourism Development Authority. As of 2018, the total annual economic impact of the hospitality sector in the county was $185 million. And as out-of-towners visit Rowan County, they contribute to both the sales tax and property taxes, which puts revenue in the county’s pocket to use for civil services, county government and local schools.

The addition of three hotels since 2015 and a growth of online travel companies — like AirBnb — have allowed for that growth.  The hotels include Courtyard Salisbury by Marriott, Holiday Inn & Express Suites Salisbury, and the newest addition — Home2 Suites by Hilton. Home2 Suites opened in October with 93 available suites.

Online travel companies account for 6% of the overnight lodging growth alone, Meacham said, which represents an impressive increase considering the number was zero just three and a half years ago.

And while 180 rooms that were lost in 2014 when the old Holiday Inn and Conference Center became a hospitality school at Livingstone College, the county’s hotel room total has still grown by 93 rooms.

So what’s the story behind the increasing growth? An uptick in the leisure market and business travel can be credited as well as the convenience of a complete Interstate 85, which provides a “viable market for lodging,” Meacham said.

These new amenities support businesses that are already here, including corporations like Chewy.com and EGGER Wood Products, said Rod Crider, Rowan Economic Development president and CEO. He added that the growth of new industries and businesses boosts demand for hotels and lodging availability.

“The more hotels we have, the more visitors we can attract,” Crider said.

And that growth is expected to continue, as Meacham said the county currently has two prospects looking to build new hotels within the next six to 10 months.

In addition to the new investment in the county, Meacham said the county is reinvesting in existing properties as well. The Hampton Inn Salisbury is currently undergoing renovations that are expected to be completed by April.

As hotel availability increases, so does the number of jobs. Meacham said the county had 1,500 people working in hospitality jobs in 2018, both full-time and part-time. He added that those jobs serve as ideal entry-level positions as well.

Meacham credited the NC Transportation Museum in Spencer, which accounts for 12% of the entire local tourism market, as well as the local farms that generate both new and repeat visitors as helping with hospitality’s growth in Rowan.

The quality of the customer service at the hotels contributes, too, he said, as the county has benefited from repeat business travelers.

Rowan County, and Salisbury in particular, has provided a prime geographic location for hotel development considering the increased traffic on I-85 and the proximity to the metro areas, said Chris Ardolino, the chief operating officer of Narsi Properties.

Narsi Properties is a North Carolina-based development company that owns Home2 Suites, which he said was well-supported by the county’s demographics.

Ardolino credits Narsi Properties with getting ahead of the economic curve because the hotel was built on the anticipation that new companies, like Chewy.com’s fulfillment center and EGGER Wood Products, would set up shop here.

“The (Rowan Economic Development Commission) had a vision, and we wanted to be part of it,” Ardolino said. “The opportunity is there, and the EDC is doing a good job of moving it forward.”

And just like a new restaurant in town, Ardolino said Home2 Suites has benefited from being the newest hotel, particularly because most guests stay for an extended period of time due to the accommodations of suite-style rooms. He added that the company could see itself reinvesting in some capacity for another opportunity here in the future.