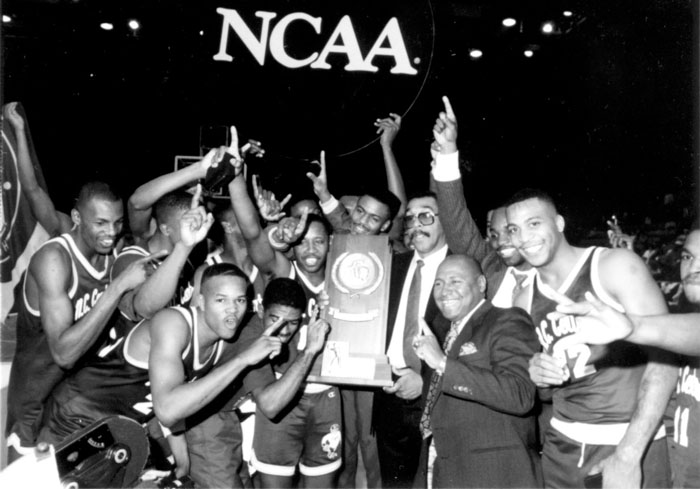 It wasn’t expected. Underrated, balanced North Carolina Central wasn’t ranked in the top 10 in Division II when it won the national championship in late March of 1989.

One of the stars for the champion Eagles was Antione “Ice” Sifford, a North Rowan graduate, who had helped propel coach Bob Hundley’s Cavaliers to the 1986 2A state championship at the brand new Dean Smith Center in Chapel Hill. North Rowan went 29-2 that season. with one-point losses to South Mecklenburg and Thomasville. Sifford was the Rowan County Player of the year.

N.C. Central defeated Norfolk State (67-64) and Virginia Union (60-55) to take the regional title in Norfolk and advanced to the Elite Eight in Springfield, Mass.

The difficult game was in the quarterfinals. The Eagles needed two free throws by Dominique Stephens with no time remaining to edge Connecticut’s Sacred Heart University, 58-57. Sifford scored 10 in that one.

In the semifinals, NCCU was able to beat Jacksonville State’s pressing defense, got a lot of layups and rolled, 90-70.

Sifford, a small forward who averaged 10.6 points for the Eagles that season, had a huge game. He led all scorers in the championship game with 21 points and added nine rebounds. He shot 5-for-7 from the field and 11-for-15 from the foul line.

Sifford was inducted into the Salisbury-Rowan Hall of Fame in 2013.