Salisbury-Rowan Crime Stoppers continues what it started decades ago

Investigators seized over 10 pounds of marijuana in that case.

It’s one of the most recent examples of how an anonymous caller was able to provide law enforcement with another tool to aide in criminal investigations. In the past, Crime Stoppers tips have led to the arrest of murder suspects. A few years ago, a Kannapolis woman believed to be evading law enforcement was in handcuffs within minutes of an online tip. 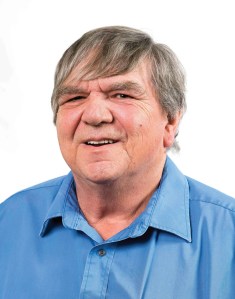 In late 2019, Roger Safrit, took the role as head of the Salisbury-Rowan Crime Stoppers board after longtime chairman Mike Jones stepped down. Safrit, who was previously a Landis alderman, said there is still a need for people to continue to use the service. He’d been with the organization for two years up until the point he became chairman.

In 2019, Crime Stoppers received 160 tips. The service has received about 36 this year so far, Safrit said.

The community-based initiative encourages the public to provide information on unsolved crimes and wanted suspects. Callers can also leave a message regarding people who have committed crimes but who have not been arrested. All tipsters are anonymous; the only way to identify the tipster is via a code that follows the case in question. If a reward should be given, the tipster will be notified to take the code to a local bank. With no questions asked, the tipster will receive reward money, Safrit said.

The reward is a way to motivate someone with information to speak up. The terms of the reward require that information lead to the arrest and conviction of those involved.

Locally, Crime Stoppers has been around since the 1990s and nationally since the 1970s. The service is offered for law enforcement agencies throughout the county.

Safrit estimates that 90% of the calls to Crime Stoppers are from people who don’t seek a reward but who just want authorities to have the information and to follow up with an investigation.

As a fairly new chairman, Safrit said it surprised him to know many people don’t want a reward.

“It may be someone who knows skipped bond and they know exactly where they are,” he said.

Safrit said he hopes to build up the organization’s funds, “so that we can better help law enforcement,” he said. The nonprofit depends on donations from the community.

He said checks and money orders allow them to create a paper trail and so that donations can be directly deposited into the Crime Stoppers account.

Safrit said he’s open to suggestions from the community pertaining to raising funds for Crime Stoppers and invites them to call 704-792-6612 to submit ideas.

How to report a crime via Crime Stoppers: