SALISBURY — Rep. Julia Howard, R-77, says now is the time to get benefits out to the members of the working public who are in need. 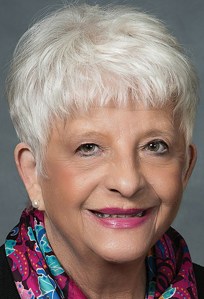 The co-chair of the newly created COVID-19 Economic Working Group, Howard spoke during a meeting on Wednesday about what the goals of the N.C. House should be. Legislators from across the state called in and some traveled to Raleigh for the meeting, too. Howard’s committee is one of four groups created last week by House Speaker Tim Moore. Rep. Harry Warren, R-76, is a member.

Wednesday was the first meeting. And Moore kicked off the conversation.

The goals of the working group are unemployment, taxes and some regulatory matters.

Moore said the state has $3.9  billion in the state’s unemployment insurance trust; $1.1 billion in savings reserved for rainy days and disasters ,which the outbreak qualifies for; $2.2 billion cash on hand that hasn’t been appropriated; and $184 million in medical contingency reserves, which will be drained quickly. The state is well-suited financially, he said.

Lockhart Taylor, assistant secretary for Employment Security for the N.C. Department of Commerce, said as of Wednesday morning the state had received 166,000 unemployment claims in roughly a week. Taylor said the state is trying to get the claims processed as fast as possible and make modifications after the state’s website was overwhelmed. Those who filed unemployment claims can expect payments to go out within two weeks, Taylor said.

Howard said the legislature needs to figure out a way to allow employers to make unemployment claims.

“One employer could apply for 300 people as opposed to 300 individual claims,” Howard said. “I don’t know how we do that. I don’t know if the governor could do it under an executive order.”

She said it may require legislators to come to Raleigh to vote before the legislative session begins.

“Now is the time to get those benefits out to the working public in need,” Howard said. “The quicker we can do that the better.”

Warren asked when the legislation for unemployment claims is proposed to expire. A bill draft for the COVID-19 Response Act states unemployment benefits filed beginning or after March 10 will extend to the date Gov. Roy Cooper rescinds an executive order that declared a state of emergency or Dec. 31.

Another fact mentioned on Wednesday: When the federal government pushed back the tax filing date from April 15 to July 15, the state followed that same date.

Warren asked, “When we look at the obvious shift of revenue into the next fiscal year, do we have any type of amount of liabilities that will also shift that way?”

It was too early to tell for sure, Avrette said.

In an interview on Monday, Warren said one task for working group will be to solve is unemployment insurance for people who are self-employed.

Avrette on Wednesday said federal legislation may expand to self-employed individuals, but the state hasn’t received information to answer with certainty.

Meanwhile, Senate Leader Phil Berger, a Republican, and Senate Democratic Leader Dan Blue said they will be asking “senators with interest or issue-area expertise in COVID-19 to reach out to their community to compile specific ideas for how we can respond.”

“Senators and staff are well-equipped to take those suggestions and create a relief package that will be considered promptly when the General Assembly returns,” Berger and Blue said in a statement. “We are in unprecedented times, but North Carolina can weather this new threat and we’re optimistic that we can do so in a meaningful way.”

Reps. Warren, Howard, Sasser will get to work this…