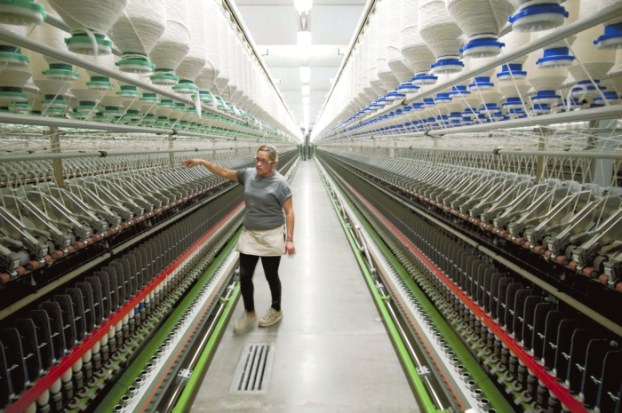 SALISBURY — If there’s a silver lining to the dark cloud of the COVID-19 outbreak, it may be that there are still more than 2,000 jobs open in both Rowan County and surrounding areas, according to the Economic Development Commission.

Some of the companies still hiring include Chewy’s distribution center, Snow Joe, Food Lion, Walmart, Imperial Supplies, Aldi, McKenzie and Distinctive Naturescapes. Additionally, 50 jobs across 10 employers are listed within the virtual job fair that N.C. Works is sponsoring with Parkdale Mills of Landis, according to N.C. Works Career Center Manager Joseph Dismuke. The plant announced in February that it would be closing in April and laying off more than 90 people, so N.C. Works is helping to relocate the workers with new jobs in Rowan or neighboring counties.

Joanna Hess, the associate director of regional communications and PR for Chewy, said the Salisbury site has 250 full-time positions that come with benefits to fill as early as April. Additionally, virtual interview options are available, and more information about those options can be located at chewy.com/jobs.

Hess added that all Chewy distribution sites that are currently operating, which doesn’t include the Salisbury site yet, will be increasing its base pay for full-time employees and offering bonuses for overtime work.

Another company, Becksupport, is immediately hiring for janitorial and warehouse associate positions in both Salisbury and Charlotte. And Amazon is currently hiring for employees in the Charlotte region.

“That’s the silver lining about this area,” Dismuke said. “A lot of folks, even in this tough time, can still find work.”

A number of major employers haven’t yet anticipated a mass layoff of employees, said EDC President and CEO Rod Crider, but Gildan Yarns, which employs more than 700 people in the county, became the first to suspend operations entirely. One of the largest employers in Rowan County, Gildan announced on Monday that it would temporarily suspending its manufacturing operations due to a “meaningful deceleration in demand in the imprintables channel” given measures that governments, companies and individuals are taking to limit the spread of COVID-19.

Gildan said in a news release, “Additionally, although we have not yet seen as significant a deceleration of demand for our products in all the retail channels that we serve, we expect the multitude of recently announced temporary store closures and social distancing measures being recommended by governments and health protection agencies will also continue to slow retail demand.”

Crider noted that it’s difficult for companies to fully anticipate major changes during this time since it is still unknown how long the COVID-19 outbreak will last and what effects it will have.

“It shows how people are having to re-spawn so quickly with new information each day,” he said.

But he added that the job openings provide a “good way to bridge the gap between the layoff” and finding work during this time. There are more than 2,000 jobs available in the area if locals include Amazon’s hiring efforts in the Charlotte region and EGGER Wood Products’ hiring effort in Linwood.

And there are a few ongoing efforts to connect people with those jobs, including NC4ME, the organization responsible for connecting local veterans with employers. It arranged for telephone interviews in place of the Military Talent Attraction program that was originally scheduled last week before being postponed due to the COVID-19 outbreak. Eighteen of the 29 total employers that sent job descriptions for the hiring event opted to still conduct phone interviews on Saturday.

The program was intended to attract military personnel and their families who are transitioning out of a military base in North Carolina to live and work in Rowan County.

Interviews for those positions will continue to be conducted until the end of this week, according to Rowan Chamber of Commerce President Elaine Spalding.

“We think that a number of our employers that are looking for folks will be really pleased with the quality of the workers,” Spalding said. “And we hope we get some families to relocate to Rowan County for some of these jobs.”

Spalding added that the chamber is still advocating for business relief at the federal, state and local levels. The primary push is at the federal level with a business relief package that would include SBA forgiveable loans for businesses that don’t lay off employees and tax burden reliefs. Once something passes through the federal government, Spalding said state officials plan to work to supplement that package as much as they can.

“The really important thing is that this community is really pulling together,” Spalding said. “We couldn’t be in a better part of the country.”

Last week, the Rowan EDC also began surveying local manufacturing companies to anticipate what the companies were expecting in terms of layoffs and hiring needs during this time. Those results have allowed the commission to use a tool created by Salisbury-based Global Contact Services to connect employers in need of workers with employees who have been laid off amidst the coronavirus outbreak.

For more information regarding open positions and resources during this time, visit rowanedc.com and click on “COVID-19 Resource Guide for Rowan County.”