Group gets together to clean city as others hunker down 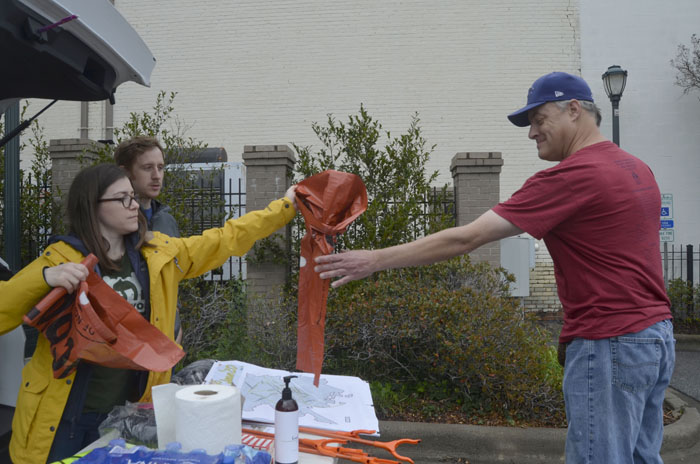 SALISBURY — On Saturday while most people were still hunkered down in their homes to decrease the spread of coronavirus, a small group of volunteers hit the streets of Salisbury to pick up trash for the city’s Spring Clean 2020 event.

The event is sponsored by the city’s appearance commission and the city’s public works department, said Alyssa Nelson, an urban design planner with the city.

Nelson said some volunteers picked up their supplies earlier in the week while others received supplies on Saturday. Some people, including City Councilman David Post, received a few extra supplies to continue the cleaning in the coming days, he said.

David Hoyle volunteered last year and showed up Saturday morning to volunteer again. He had his own trash picker but met volunteers behind city hall to secure trash bags and gloves.

“There’s so much trash that needs to be cleaned,” Hoyle said.

He said he’s of the mindset that residents can help clean up their community instead of complaining about it. Hoyle, who was armed with a bright orange safety vest, industrial trash bags and a trash picker, scooped up trash along North Fulton Street.

Several blocks away was Salisbury Mayor Karen Alexander and her Yorkie, Elijah, cleaning the 400 block of South Fulton Street. She got an early start and said this was an opportunity for the community to take part in keeping the city clean.

Alexander said she hopes another cleaning-related event planned for April will still take place. The event is designed for fourth-grade students who will have the opportunity to learn about littering and city government. She said the event is organized by Kyle Whisenant, an instructional technology specialist with Horizons Unlimited.