Dale Smart: The jury is still out 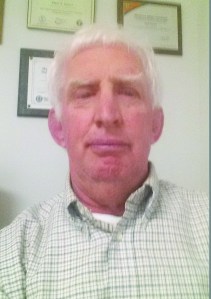 We happened upon some free books while we were camping at Dan Nicolas Park last year and one of them was “To Kill a Mockingbird.”

This was a classic! Since I am retired now and have more time to read, I wanted to try to read some classics. My wife read this book first, and she is a much faster reader than I. I was determined to read it all the way through, even though she said I might not like it because there were some sad things in it.

I must admit that I have led a sheltered life. I grew up in a middle class neighborhood in Massachusetts, where the only notion of prejudice was whether you were protestant or catholic. I have lived now in the south more years than the north. I had come to regard things like this trial from the book that falsely convicted Tom Robinson (a black man) of raping a white girl, by a good-ole-boy jury as just part and parcel of the black history that I had come to understand. Keep in mind that I would not be writing any of this, if this and other events of the tragic black history did not just shake me to my core.

As I read the book, I came to identify with some of the things the children in the book were doing and the thoughts they were having. Atticus Finch was the children’s father and was appointed as council for the young black man, Tom Robinson. Young Scout, 8 years old, the daughter of Atticus (and narrator of the book) could not wrap her head around the fact that everyone else seemed to think that what her father was doing in defending Tom Robinson was wrong. This led to a memorable quote from Atticus; “They’re certainly entitled to think that, and they’re entitled to full respect for their opinions, but before I can live with folks I’ve got to live with myself. The one thing that doesn’t abide by majority rule is a person’s conscience.”

Later on when Mr. Cunningham (a family acquaintance) was part of the mob that came to town to take matters into their own hands, the kids jumped right into the middle of it to protect their father. Once Scout recognized him, she said “Hi Mr. Cunningham” and then appealed to him about his son that went to school with her. It was enough of a disruption to break up the crowd. Later the next day Atticus would reflect jokingly, “That proves something – that a gang of wild animals can be stopped, simply because they’re still human. Hmp, maybe we need a police force of children…you children last night made Walter Cunningham stand in my shoes for a minute. That was enough.”

Standing in another person’s shoes would be a key lesson from the book, and especially the movie, which we rented on-line: Outstanding movie! A must see! The role of Atticus Finch might have been the role of a lifetime for Gregory Peck.

After the events of the trial, Jem (Scout’s older brother) couldn’t understand how any jury could convict Tom Robinson based on the evidence given and the defense his father had presented, and lamented, “I always thought Maycomb folks were the best folks in the world, least that’s what they seemed like.” To which Miss Maudie (the next door neighbor) replied, “We’re the safest folks in the world. We’re so rarely called to be Christians, but when we are, we’ve got men like Atticus to go for us.” It begs the question for each of us that have “blind spots” as to just how “safe” are we?

A good part in the movie is when they were waiting for the jury to come back in, and it had been about two hours, Jem said to Reverend Sykes, “The jury is still out, that’s a good thing right?” Well the jury is still out on all of us, and that’s a good thing. Maybe one thing we could do for the new year is to do a little soul searching: It doesn’t cost anything and you don’t have to give up anything, except whatever it is we might be holding on to?