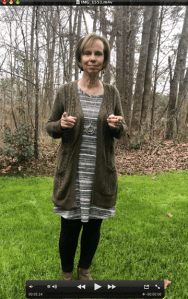 See the video at

Most Jews avoided traveling through Samaria – but not Jesus.

‏He NEEDED to go through Samaria. For He had a GOD work to do. There was a heart that needed to be worked on.

‏He sat down on the well made of stones. Cold, hard stones. He sat to rest a minute – and to rescue a life.

‏The woman came to draw water. The timing of her arrival was no accident. That was the time of day those with poor reputations showed up – to avoid the crowd. This was part of her daily work, providing water to meet the needs of her family.

‏The stage had been set. Jesus had sent his disciples to the store to get meat.
‏I suppose it was their ‘Food Lion’ of that day.

‏Yes, Jesus, the man who usually talked to the multitudes, had stopped by the well to talk to the one.

‏He looked to her and said, “Give me to drink.” It was not a command, but a pathway to conversation with her. Those passing through town often had requests for water, but never to the Samaritans, for they had no dealings with them.

‏At this point, I imagine her looking around like, “Who?Me? This man knows I am a Samaritan – part of the hated mixed race and of low social position. Is he talking to me?”

‏Somehow, I think she knew right then that this was not an ordinary stranger – and this would not be an ordinary day at the well.

‏‘Give me to drink’ had been his words.
‏Four words that would lead to more words.

‏The door had been opened. Communication was coming as Jesus said, “If you only knew the gift of God, and who’s talking to you, you would have asked for living water.”

‏Can you almost envision the inquisitive look on her face? What was he talking about? That communication made no sense. She didn’t have anything to draw with. The water was deep. Jacob gave them the well and they all drank from it – his children and his cattle. This man couldn’t offer her more than that.

‏She did not understand the ‘what’ of his words, nor the ‘why’ of his words, but she understood enough to desire to stay and hear more. For she had never had a conversation like this. She had mostly been avoided.

‏He then told her that with the water she had, she would get thirsty again, but with His water, she would never thirst again, because it was living water, and would spring up into everlasting life.

‏Her response was awesome, “GIVE ME THIS WATER!” Apparently, she foresaw never being thirsty, not having to come to the well twice a day again, and an easier life. Jesus had opened up the door – and she was going for it!

‏She was probably stopped dead in her tracks at his next words, as he began to point out that He knew her already. He knew sins of her past. He knew she had been married five times. He knew she was living with someone now that was not her husband.

‏As they talked, the words of Jesus were beginning to change her heart. For He was revealing Himself to her – not all at once, but slowly, giving her time to comprehend.

‏Something she barely understood was changing her perspective in life to God’s perspective.

‏This woman, an outcast who knew little about God, said, “I know the Messiah is coming, which is called Christ.” Somehow, I think she said it softly, almost as if it were a question, for she finally knew that someone was about to give her hope and a future.

‏Perhaps some of the greatest words ever spoken to humanity were not spoken to a king, but to this sinful woman, “I that speak unto thee am he.”

‏So, she knew it was time for her to leave and head back to the city.

‏But guess what she did? When she left – she left behind her water pot.

‏Yes, her water pot. The very reason she had come.

‏Don’t you think that was because she now had living water?

‏What did she do when she got back to the city? She witnessed to others, as she said, “Come see a man. Is not this the Christ?”

‏YES would be my response. It is the Christ.

‏For I met Jesus Christ at the well, too.

‏I like to call it my well of salvation.
‏With joy we will draw water from the wells of salvation. Isaiah 12:3

‏The well of living water is all ours. We just have to tap into it.