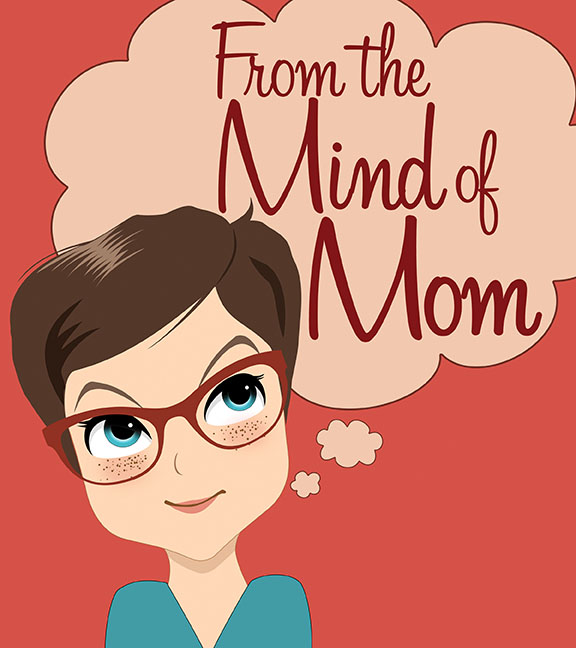 From the Mind of Mom: It takes a village during closures

I’d like to pretend that the realization hit me immediately.

It was the Thursday before our last scheduled teacher workday – Friday the 13th. I found myself, without much warning, in a room of 20 seventh graders. My homeroom babies returned for a middle-of-the-day transition.

And in a moderately quiet room, I called each to my desk to ask and note “Do you have access to Wi-Fi at home? Not through a cell phone’s data plan?”

“That’s it? That’s all you’re asking?” was the response of many. But nearly all of my Monday through Friday crew asked a much more logical question: “Why are you asking this?”

In settings like this, my first-year, residency-licensure self has quickly learned to defer upward. I used that last week, and when my outspoken learners pressed I merely shrugged and offered, “Perhaps it has something to do with funding?”

It was an answer I naively believed. For the first three students, at least. Then the gears and cogs clicked into place.

The single, mental syllable took with it my breath. This is happening, I realized. The school district is evaluating its capacity to move learning online. We were bracing for the impact of the coronavirus-caused disease COVID-19.

Little did we know just how rapidly our efforts to brace would oscillate and, eventually, escalate. By Friday morning, educators were encouraged to “think of 10 days of online lesson plans.” Friday afternoon we were told to have these lessons online.

Friday evening, we were told school was on for Monday. But Saturday? Saturday we found our doors shuttered by the governor’s executive order.

Had someone like myself been in those higher up, administrative levels, panic might have quickly ensued. As it were, panic was stuffed into a back pocket, forgotten and replaced with fast-paced, forward motion — the likes of which I’ve never seen, nor do I anticipate to see again.

Eyes and hearts fixed on a population of 18,000 learners who would soon be in need; Rowan-Salisbury Schools and its staff trudged onward.

The work trickled over into Monday, as school sites and faculties worked together in 10,000 moving parts to make sure that learning continued, that needs were met, that bellies were filled. At my school, swarms of teachers assembled printed copies of assignments, others filled and labeled bags with iPads, others bagged shelf-stable groceries and, still, others roamed the hallways, opening lockers in preparation for curbside distribution of student belongings.

The organized chaos continued, with faculty members working in assembly lines to bring needed materials out to the students and their families and, later, to deliver the same to those who had missed the pickup window.

It was all precisely the coming together that my worry-prone, kindergartener-parenting heart needed to see as I faced a period of mandated homeschooling, with a timespan to-be-determined.

If I’m honest, that moment of realization at the head of my classroom on last week had been equal parts concern for my unofficial, at-times maddening weekday family as well as for my own flesh and blood.

The ongoing efforts I’ve seen this week have been a welcome calm to the frenetic storm of uncertainty we’ve faced in light of the current pandemic. As parents and educators, we may be practicing social distancing, but we’re far from in this alone. Rather, as that overplayed song says: “We’re all in this together.”

And we are. Whether it comes to identifying and distributing engaging online resources, delivering packets of picture books to our early readers or prepping baggies of take-home breakfasts and lunches for little bellies, Rowan has a staff that is willing and working to ease the burden of this unprecedented situation we’re finding ourselves in.

It takes a village, and ours is out in force. All you have to do is look.

Andie Foley is a teacher at North Rowan Middle School, mother of two and a former Salisbury Post reporter.