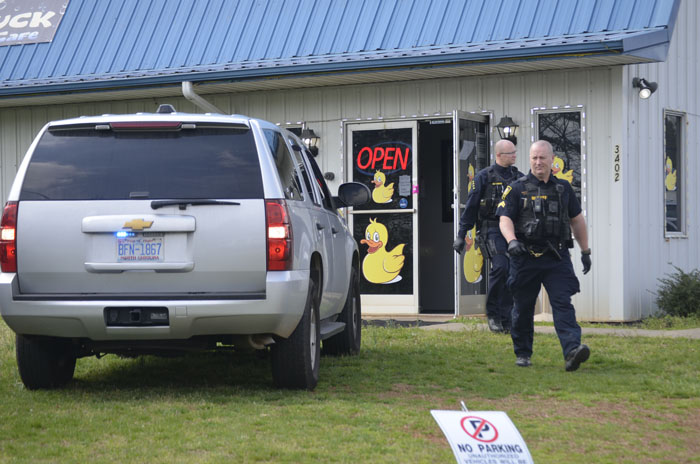 This raid comes a few months after a January letter from Rowan County Sheriff Kevin Auten to this and other similar businesses to cease operations.

The letter explained that the businesses violate the state’s sweepstakes law and that if the businesses continued to operate, its employees and owners could face arrest and seizure of equipment. Rowan detectives brought out boxes on Wednesday filled with computer equipment that were seized from inside the business.

There were several customers inside the business while investigators executed a warrant. One-by-one, those customers were eventually allowed to leave.

The “fish arcade” businesses are named so because of the fish-type games that are played. The sheriff’s office says that it considers a ruling last year in the N.C. Court of Appeals against sweepstakes games enough to classify the businesses as illegal operations.

The court ruling said that, despite the influence of skills or dexterity, the sweepstakes games violate state law.

Several patrol vehicles on Wednesday were parked at the business. Just a few yards away on U.S. 29, motorists honked, slowed down to see the raid unfold and others stopped in the median to record video.

Some motorists drove into the business, realized it was being shut down and quickly left.