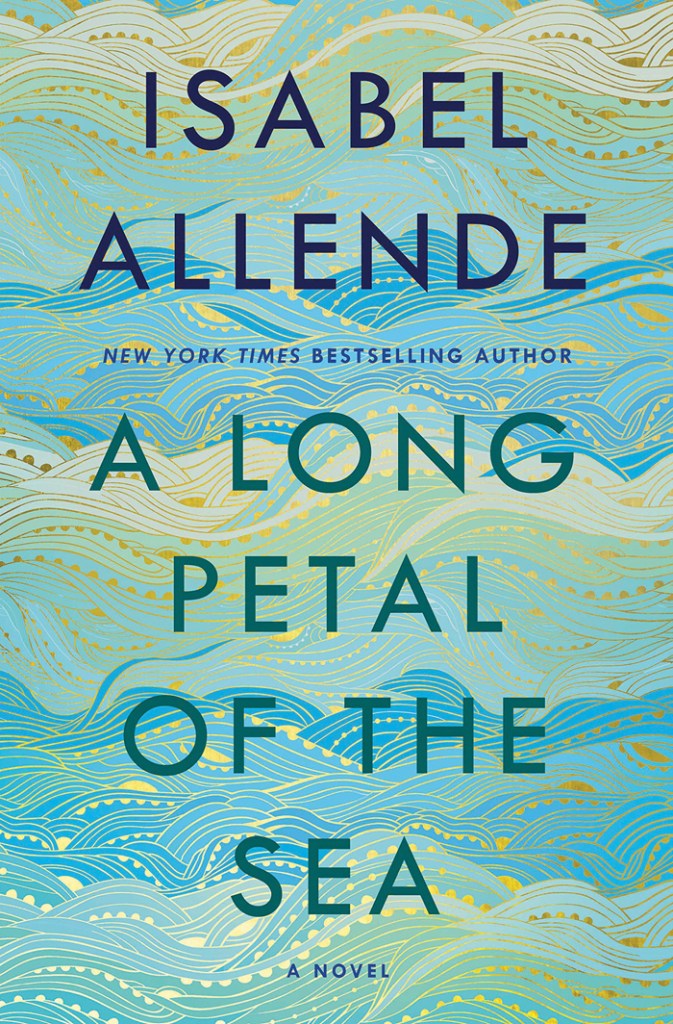 “A Long Petal of the Sea,” by Isabel Allende, translated by Nick Caistor and Amanda Hopkinson. Ballentine Books. 2020. 336 pp.

She writes from her own history and extensive research, telling the story of the divisive Spanish Civil War and the later junta in Chile.

And she makes you understand just what a junta is — a group of people acting as a government after a revolutionary seizure of power.

Her characters must endure this in their homeland of Spain and then in their new home of Chile. That they do survive and find not just rescue but meaningful lives is the crux of the book. Not all victims of political upheaval die or fail, though many do. Some people keep fighting, keep believing in truth and justice and each other and make a new life.

The author is the goddaughter of Salvador Allende, who was the first democratically elected socialist president in 1973 Chile.

So this book includes Augusto Pinochet’s junta — a violent time of repression of rights, kidnappings, torture of political prisoners and disappearances. The reader will come to understand more about those disappearances, which have prompted lifelong searches for some.

The Spanish Civil War will become something more than a memorized line from a textbook.

Allende creates a small family, not the poorest of the poor, but continually struggling, and a young woman with a great talent who is saved from a life as an uneducated shepherd.

Guillem, Victor and Carmé Dalmau are the small, struggling family. Guillem must fight in the war. Victor has medical talents and becomes, through harrowing experience, a skillful medic who dreams of becoming a doctor.

Roser Bruguera falls in love with Guillem and becomes pregnant.

So begins the harrowing tale of their escape across the Pyrenees Rose is heavily pregnant. Victor is nearly starved from his service as a medic. He’s reluctant to tell her what has happened to Guillem. Carmé is old — at least by her standards — and wanders off in the snow to spare the rest of the group taking care of her. Victor enlists help from his friend, a brave, somewhat reckless ambulance driver Aitor ??? who knows how to survive.

France doesn’t want the refugees at all, so when Victor learns that poet Pablo Neruda is organizing a ship to take refugees to Chile, he decides to apply, but the rules say he must be married, so he marries Roser to protect his brother’s child and they are chosen to sail aboard the S.S. Winnipeg to Chile.

The poet’s efforts are fact; he is credited with saving thousands, and in this book, he and Victor become friends. Life starts again in Chile, as they work themselves up from the life of refugees. Roser is an extraordinary pianist, and has connections around the world because of her music. Victor completes the training he so wanted in Spain to become a cardiologist. Rose has a son, and Chile becomes their home.

Their marriage starts as a platonic one that benefits the child and Roser, but Allende develops it beautifully over years of successes, hardships, political trauma and regular upheaval.

Politics goes on in the background, until, again, a civil war seems certain. Victor’s friendship with Salvadore Allende — they play chess — endangers him to the point of a terrifying consequence.

But author Allende will not give up on these people. Vitor realizes, as the reader will, that Roser is not afraid of anything. Whatever the crises, she sets her mind and works her way through. Victor, who has already survived one death camp, is not one to let go of any bit of life.

Along with Neruda and Salvadore Allende, the author writes about Francisco Franco, bringing the Spanish crisis to life in a way that makes the timing of the book remarkable.

As America continues to suffer painful divisions, the lessons offered in “A Long Petal of the Sea” will strike close to home.

Isabel Allende is a fabulous storyteller who loads this novel full of facts. The characters she creates breathe life into history, and following them over the years is less a saga and more a family story about people who, above all, have a joy in life, have love and purpose and investment in the future.