One person airlifted after Statesville Boulevard accident with dump truck 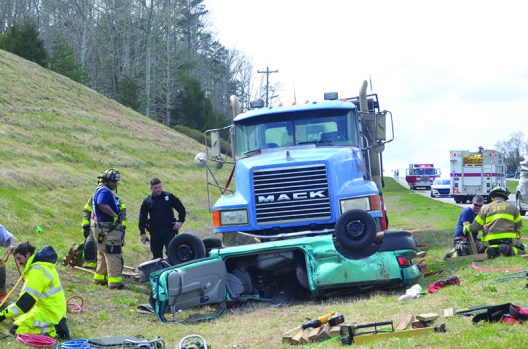 Members of the county's special operations task force responded to a serious collision where this Geo Metro was pinned under this Hammill Construction truck. Shavonne Potts/Salisbury Post 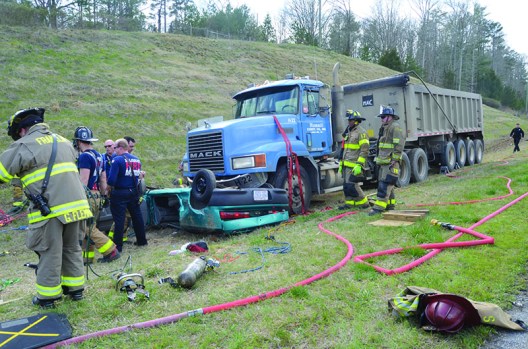 Members of the county's special operations task force responded to a serious collision where this Geo Metro was pinned under this Hammill Construction truck. Shavonne Potts/Salisbury Post

SALISBURY — A man was airlifted Wednesday when his Geo Metro car was struck on the side of the road by a dump truck and he was pinned inside the car, said Franklin Assistant Fire Chief Michael Spry.

The incident occurred just before 2:30 p.m. on Statesville Boulevard, near Barringer Road and not far from West Rowan Middle School. When several fire and emergency personnel responded as part of the county’s Special Operations Task Force, the car was trapped upside down beneath the front portion of the truck.

“The truck was on top of the driver compartment. The driver was trapped. We were able to work with our crews to lift the truck and spread the inside of the car to help get the guy out,” Spry said.

The crews used a hydraulic spreader to push down on the roof and push the floorboard up so the driver could be freed. The driver, whose name was not immediately available, was placed into a waiting ambulance and taken to West Rowan Middle School, where a Novant Health helicopter maintained a landing zone at the school’s ball field.

No other details regarding the name and condition of the driver were immediately available. Skid marks could be seen on the roadway and on the shoulder for several yards before the car and truck came to a stop on the shoulder. The truck was from Hammill Construction Co. in Gold Hill.

This the first time the Special Operations Task Force has responded to such an incident.

“This is a pretty significant operation here. This is not our every day rescue,” Spry said. “But with the group we have we were able to do two tasks at the same time. We had several functions going on at one time. This task force brings more resources together and more help.”