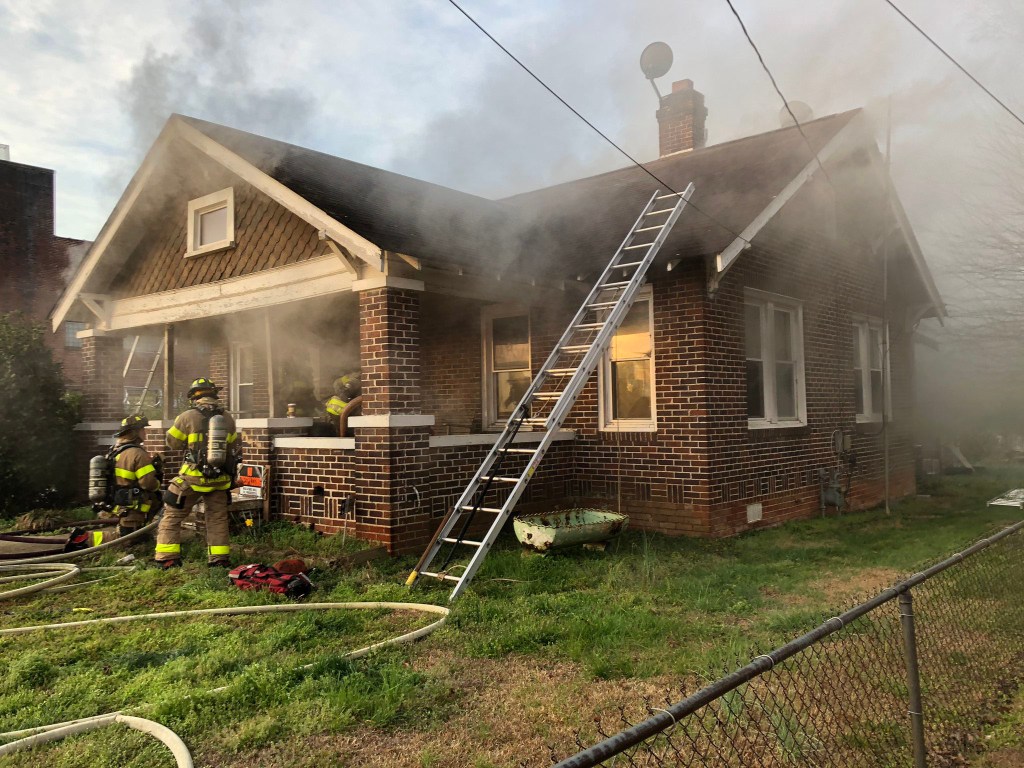 SALISBURY — There’s been no cause determined following a Wednesday morning fire at a Heilig Avenue home that displaced four people.

The friend got everyone out and then went outside to call 911, Smith said.

Smith said they were able to determine the fire originated in a hallway closet that was used for storage and a coat closet, but not able to determine how the fire started. The fire expanded into an attic area causing significant damage throughout the house. He said structurally the house was in tact but the contents of the house were destroyed.

Smith said the home belongs to one of the occupants’ grandmother and is shared by four roommates.

Smoke was showing from the home before crews arrived and they began to work in an offensive mode.

After nearly 30 minutes, crews had the fire extinguished and it was considered under control. The fire started on the first floor and worked its way into the attic area, according to Battalion Chief Nick Martin.

No injuries were reported. The Rowan County Chapter of the American Red Cross is assisting the four people who were displaced.

Martin was able to rescue the family’s pet cat from the home.