School board looks at closure studies, redistricting as a whole 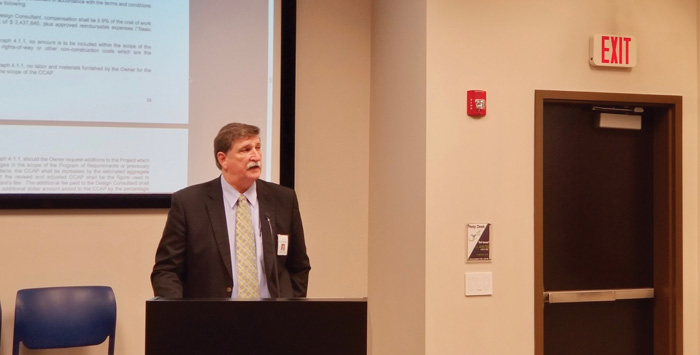 Carl Blankenship/Salisbury Post – RSS Assistant Superintendent of Operations Anthony Vann speaking at the meeting. Enochville and Faith were brought up for closure last year as well.

SALISBURY – Rowan-Salisbury Schools Assistant Superintendent of Operations Anthony Vann presented the results of a pair of closure studies on Faith and Enochville elementary schools Monday night in the latest round of closure talks.

Michael Miller, a consultant based out of South Carolina that works with the district, reviewed how the numbers in the studies were generated.

“There’s a lot of numbers up in the air,” Miller said “This study actually focuses on two of those numbers. No. 1 is how many students live within the base attendance area.”

Miller said, as an example, not every student in Faith’s school’s base attendance area will go to that school. Students that go that go to Faith Elementary don’t necessarily live in the area either.

School closures would save the district, conservatively, $500,000 apiece according to district officials, but they have logistical challenges attached. All students that attended a shuttered school, with the exception of those moving up to middle school, have to attend classes somewhere else or be enrolled in an alternatives like home schooling, a private or charter school.

There are about 5,000 empty seats in the district — about half of which are in elementary schools, meaning there are more than enough seats and classrooms available to accommodate students who attend Faith and Enochville. The employees would all be transferred to other schools and class sizes would not increase, school administrators say. For some students attending the schools, bus ride times would decrease following closure; for others, times would increase.

The subject of closure talks previously, Faith and Enochville were named for possible closure this time due to low scores on factors like electricity efficiency, condition, capital needs and enrollment.

“System wide, the district has been losing students for a little while,” Miller said. “You actually are bucking the trend a little bit this year, not losing as much as the forecast was.”

Miller noted the closures would impact more than 700 base-area children. Eight schools other than Faith and Enochville would see some change as a result. Miller said it would probably not be possible to affect fewer than seven schools if Faith and Enochville are closed.

Board member Josh Wagner said he would encourage the board, since students would be moved with the closure of the two schools, to consider complete redistricting.

“Mr. Vann, do you think that there are negatives to going ahead and redistricting all of the elementary schools at this point?” board member Susan Cox asked.

Vann paused before saying full redistricting would affect more of the county. Vann said moving forward with the pair of closures would affect the lowest number of students, but he added that schools could do complete redistricting as well.

Wagner made a motion, which passed, to gather information for district-wide redistricting in addition to the information in the closure studies on Faith and Enochville.

During discussion about creating maps to release publicly, Superintendent Lynn Moody said the maps would not be accurate because board members would need to discuss items to balance to create the right algorithm.

“You start throwing out maps. I’m gonna tell you, ‘They won’t be accurate.’ Then you’ll change your mind.” Moody said. “It will go to the map instead of the integrity of the process.”

Moody said creating and releasing maps at this point could upset people before the board even has its preferred scenario.

A public hearing is needed to close a school.