A submarine in downtown Salisbury 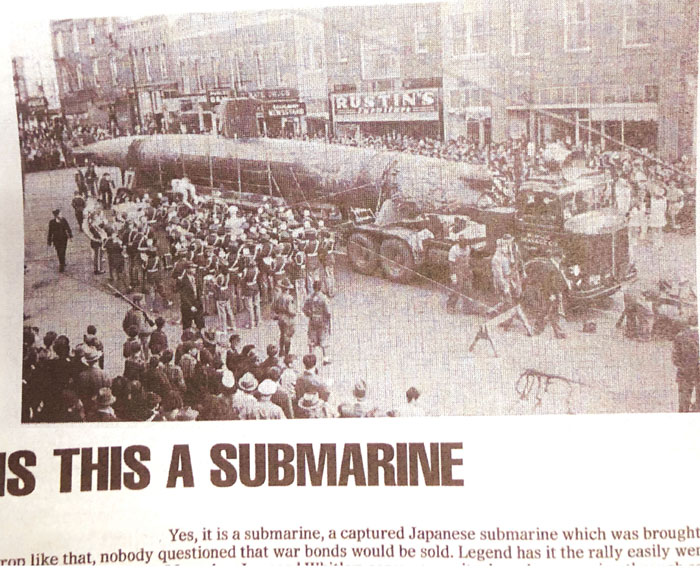 In 1942 a captured Japanese submarine was displayed on East Innes Street as part of a War Bond Rally. Note the brass band and large crowd. Photo submitted by Rowan Museum as part of “Victory ‘45” observance of the 75th anniversary of the end of World War II.