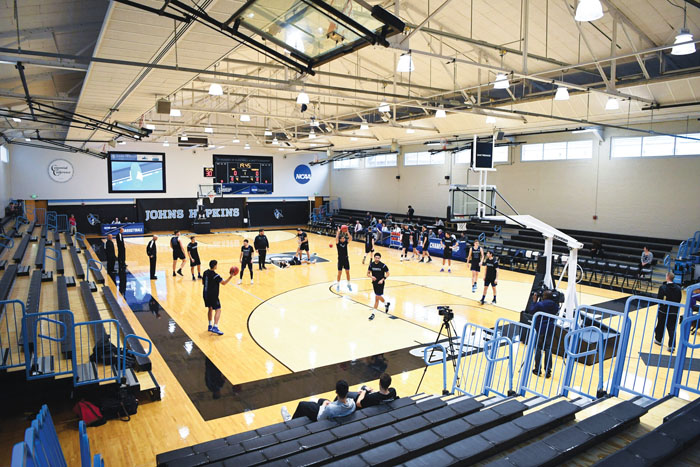 Yeshiva and Worcester Polytechnic Institute players warm up before an NCAA DIII college basketball game that allowed no spectators on Friday, March 6, 2020, in Baltimore, Md. The game at Johns Hopkins University is believed to be the first U.S. sports event held without fans because of the new coronavirus. (AP Photo/Terrance Williams)