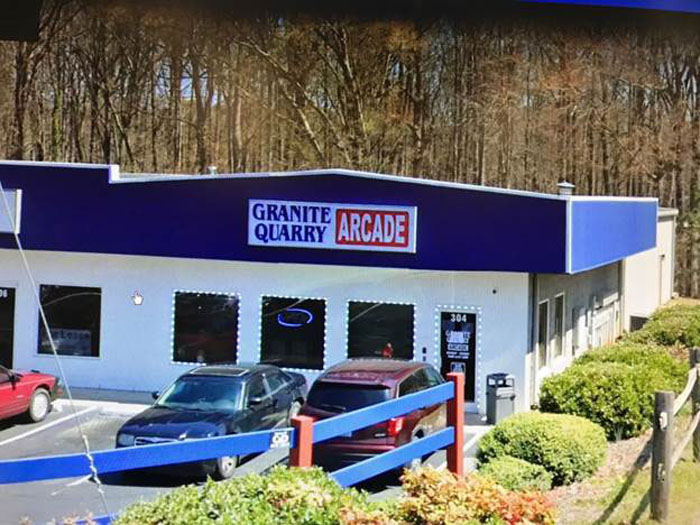 At the Granite Quarry Arcade, 304 North Salisbury GQ Ave., deputies reportedly found 43 server-based gaming machines, operating with monitors and a mouse at the terminals. Ten customers were actively gambling during the execution of a search warrant.

The sheriff’s office seized $4,413 in cash, 43 computer towers related to the operation of the gaming equipment, and other computer equipment connected to the point of sale window and the surveillance system at the location.

The investigation showed the Granite Quarry operation had been ongoing since July and was owned by an individual with an address of 1910 Highway 66 South, Kernersville, which was another arcade business, known as The Fruit Stand.

The manager working the location told sheriff’s deputies that employees were being paid in cash, did not know the identity of the person that owned the business and that it was a gambling establishment, according to a news release.

The manager further acknowledged that winnings were being paid out in cash, as much as $2,000 at one time, a news release said.

In January, the Rowan County Sheriff’s Office began notifying operators of what it called “illegal gambling casinos,” that were operating under the guise of arcades, that the sheriff’s office would begin enforcement of North Carolina Law. Operators were specifically told the Rowan County Sheriff’s Office intended to “vigorously enforce the laws of the State of North Carolina, as they pertained to illegal gambling, which included sweepstakes, fish games and the like.”

The sheriff’s office said in recent years it has received multiple complaints from the public, law enforcement partners and city and county planning and zoning officials about the arcades.

The sheriff’s office alleges the businesses have been “a magnet for crime,” including illegal possession of firearms, violations of the North Carolina Private Protective Services Act, drug trafficking, robbery and murder.

The arcades in the letter sent early this year were told to cease operation by Jan. 20 or risk consequences that include arrest, seizure of equipment and profits from their illegal businesses. According to the sheriff’s office, some businesses ceased operations, some remained open and others briefly closed to later reopen.

The Granite Quarry investigation is ongoing, and the sheriff’s office said charges are expected.