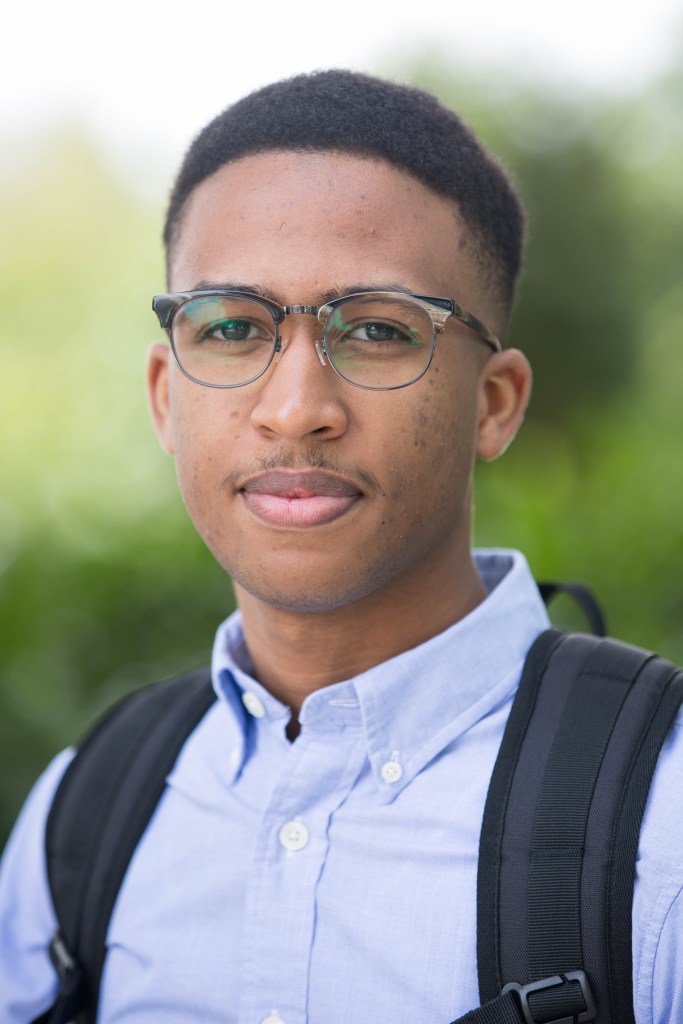 SALISBURY – Anyone who was a preteen or teen in the 2000s probably can relate to Fausto German’s love of the Nickelodeon show, “iCarly.” But not every fan used the show as a stepping stone to a career-building hobby.

As German watched the fictional story of Carly Shay, a teenager who creates her own web show and becomes an internet phenomenon, he became fascinated with computers and the “art projects” that Carly’s older brother, Spencer, would build from junkyard materials.

“I have always liked the idea of building new things,” German said. “Those art projects looked to me like inventions, and as a kid, I wanted to be an inventor.”

The show also piqued his interest in websites and, by the time he was 13, he had taught himself to code by watching YouTube videos and built his own site.

“It was ugly, but I was able to create something new with just a computer and some basic programming knowledge. I have never lost the love for computers and programming,” said German, who is now pursuing an Associate in Science degree at Rowan-Cabarrus Community College and plans to transfer to the University of North Carolina at Charlotte to major in computer science with a concentration in artificial intelligence, robotics and gaming. Now 19, he is an admitted computer nerd and still teaches himself new skills by researching and watching videos on the internet.

German is one of the recipients of the SPARC scholarship through Rowan-Cabarrus, which helps set him up to achieve his goals by providing money for college-related expenses, plus one-on-one mentoring and a cohort classroom experience with other scholarship recipients.

“I was so happy to receive the scholarship, not only for the money, but for the opportunities and the doors it opened for me,” German said. “It is a chance to be more involved, have volunteer opportunities and make new friends. I have met people I would not have met otherwise. Our cohort has gotten close since we are in the same classes, and we help and support each other.”

SPARC (STEM Persistence and Retention via Curricula, Centralization, Cohorts and Collaboration) scholarships assist students who are pursuing degrees related to science, technology, engineering and mathematics and may be used for housing, gas and other needs in addition to tuition. The scholarships are available to Rowan-Cabarrus students with demonstrated financial need and academic promise in STEM disciplines. A student who meets the criteria is eligible to apply for up to $6,000 per year at the community college level and may also qualify to receive $7,500 per year upon transferring to UNCC.

To assist students like German, Rowan-Cabarrus is working alongside Gaston College and the University of North Carolina at Charlotte to execute the scholarships, which are made possible by funding from the National Science Foundation (NSF).

German chose Rowan-Cabarrus because it was close to home, affordable and provided a seamless transfer opportunity for him to continue his studies at UNCC. A native of the Dominican Republic, he moved to Concord four years ago with his family and graduated from Northwest Cabarrus High School.

“I don’t think going to community college and then going to a four-year school makes that much of a difference in the end,” said German, who will graduate in May with his associate degree. “You still get the same bachelor’s degree, and you save a lot of money. I also feel I’m going to be more prepared.”

“As an instructor, I embrace the chance to know students on a personal level,” said Rowan-Cabarrus Information Technology Chair Zack Hubbard, who is serving as German’s SPARC mentor. “Fausto is one of the most dedicated individuals I’ve had the pleasure to work with. He comes to our meetings with tons of questions and ready to hit the ground running. I can’t wait to see what his future holds.”

“Increasing the number of students pursuing careers in STEM fields is critical to diversifying the scientific and technical skill in our region,” said Dr. Carol S. Spalding, president of Rowan-Cabarrus. “This collaborative grant supports students like Fausto, who show great promise, and we believe they are more than worth the investment.”