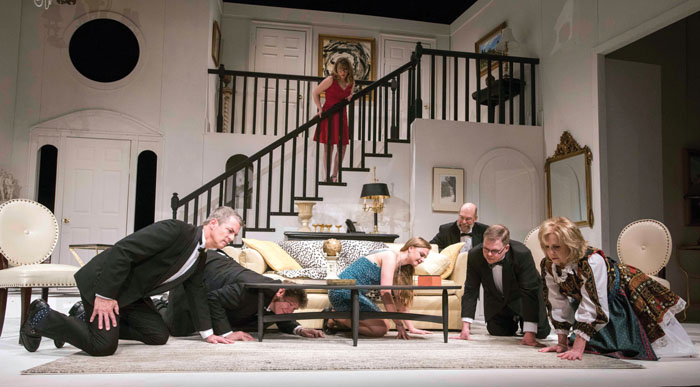 Neil Simon is one of America’s, if not one of the world’s, greatest comic playwrights.

In December of 1986 he opened a play called “Broadway Bound” on Broadway. It was an examination of his parents, broken promises, lost love. Not exactly a knee slapping comedy.

He thought he was having a heart attack on opening night.

He decided he needed some fun. He needed to enjoy himself.

Farce is defined as a broad satire or comedy about something supposed to be serious — but that has turned ridiculous. 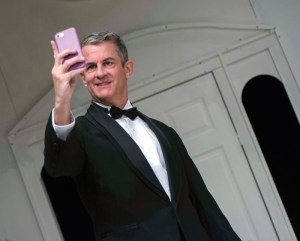 Neil Simon said in his autobiography “The Play Goes On” that writing a good farce may be one of the hardest undertakings in a writer’s career. Perhaps a trip around the world would have been better medicine.

He passed on a few hints he learned while writing Rumors:

— The play must move like greased lightning. Any type of grease will do.

—The stakes must be high. Since almost all the characters are hiding something, if caught, it could be calamitous. Calamity always hovers two feet over everyone in a farce.

—It is not a steadfast rule, but farces, historically speaking, are about rich people and never about poor people. Poor people have enough trouble without getting caught in a farce. Rich people, on the other hand, deserve what’s coming to them. Watching them squirm gets howls from the audience.

—It must be funny. Then funnier. Then funniest. Only two people have gone beyond funniest, but they didn’t live to tell the story.

So, come see what happens when Chris and Ken show up for Charlie and Myra’s tenth wedding anniversary party.