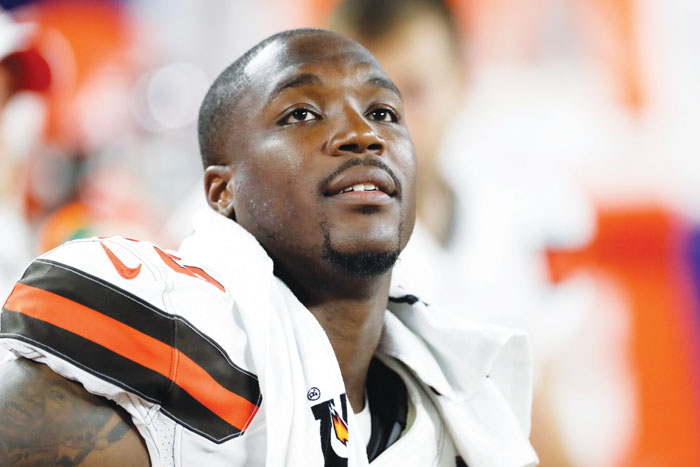 AP Photo/Ron Schwane, File ... In this file photo from last Aug. 8, former West Rowan High School star Chris Smith is shown on the sideline of a preseason NFL game between the Cleveland Browns and Washington Redskins. The Browns released Smith, a defensive end, on Dec. 3, but he was reportedly signed on Wednesday by the Carolina Panthers.

“Former Browns’ DL Chris Smith is signing a 1-year deal with his hometown team, the Panthers, per source. Good for him. Smith’s girlfriend and the mother of one of his children was killed in September after being struck by a passing car after exiting Smith’s car,” reads Schefter’s tweet.

Smith, a defensive end, entered the NFL in 2014 with Jacksonville, after his career at the University of Arkansas. He had a season with the Cincinnati Bengals in 2017, before signing a three-year, $14 million contract with the Cleveland Browns in March 2018.

Smith played in all 16 games for Cleveland in 2018, starting twice. However, during the 2019 season, Smith played in only nine games, as he faced a personal tragedy.

On Sept. 11, Smith’s girlfriend, Petara Cordero, was killed in a roadside accident that happened after his car spun out on the highway.

According to an Associated Press report, Cordero died when she was struck by an oncoming car on I-90 West. Cordero was a passenger in Smith’s Lamborghini, which had a tire malfunction and he struck the median wall.
Cordero exited the vehicle and was standing on the road’s shoulder when a car driven by a 47-year-old woman smashed into the passenger side of Smith’s car.
According to a Cleveland police report provided by the Browns, Cordero was transported to Fairview Hospital and pronounced dead.
Smith was not impaired or injured, police said.

Reportedly, Cordero was from Charlotte and her family still lives there.

The Browns released Smith on Dec. 3.

Smith visits Rowan County frequently during the NFL offseason, including on May 24, 2018, when he donated $40,000 to Rowan-Salisbury student-athletes and $5,000 to the Essie Mae Kiser Foxx charter school in East Spencer.

Smith usually helps with the free football camp of Javon Hargrave — another NFL player from Rowan County. Each summer, Hargrave, a member of the Pittsburgh Steelers, hosts the camp at North Rowan High School, his former school.