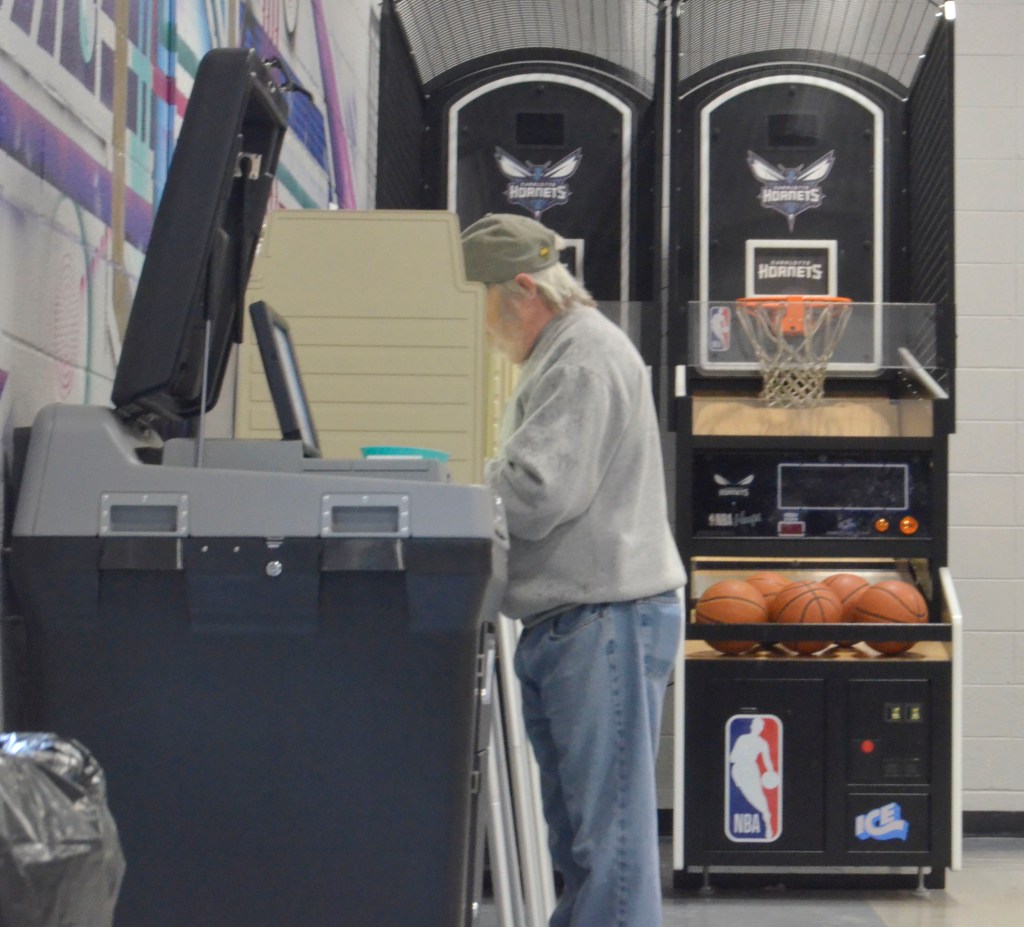 SALISBURY — More than 25,000 voters turned out to participate in the primary election on Tuesday to decide winners in partisan primaries and sound off on a $45 million bond referendum for Rowan-Cabarrus Community College, which passed.

In total, 25,619 ballots were cast with 40 out of 41 precincts reporting on Tuesday night. That adds up to 27.96% of voters, though that number is down one precinct and does not represent the final canvassed totals. In 2016, the last presidential primary, the final total was 30,496, representing 33.6 percent of the vote.

North Carolina A&T student Ikey Harrison told the Post he regretted not voting in the previous election, but said he wasn’t going to make that same mistake this year.

He said felt it was important enough for him to vote in the primary. He followed the presidential election coverage via television news, which he said helped him form his opinion about which candidate would get his vote.

“I watched every morning before work,” Harrison said.

Adrian Thomas said mailers, TV ads, newspaper ads and other political campaign information did not influence his decision. He said he’s had conversations with friends about which candidate appealed to them; that helped him form an opinion and directed his vote.

Some of the issues important to him, Thomas said, were creating change in the country, reparations and raising the minimum wage.

Salisbury resident Raemi Evans said she based her decisions about who to vote for on her own beliefs and how closely a particular candidate matches her beliefs.

“I hope that people realize how divided in the country we are and make decisions that will unite us,” she said.

Although Salisbury resident Richard Church didn’t feel comfortable saying who he voted for, he closely watched the presidential race and formed his opinions based on TV ads and text messages he received from various campaigns.

Alan Ramseur said his votes were informed by information provided to him through his church.

He’s mostly concerned about the local races, he said.