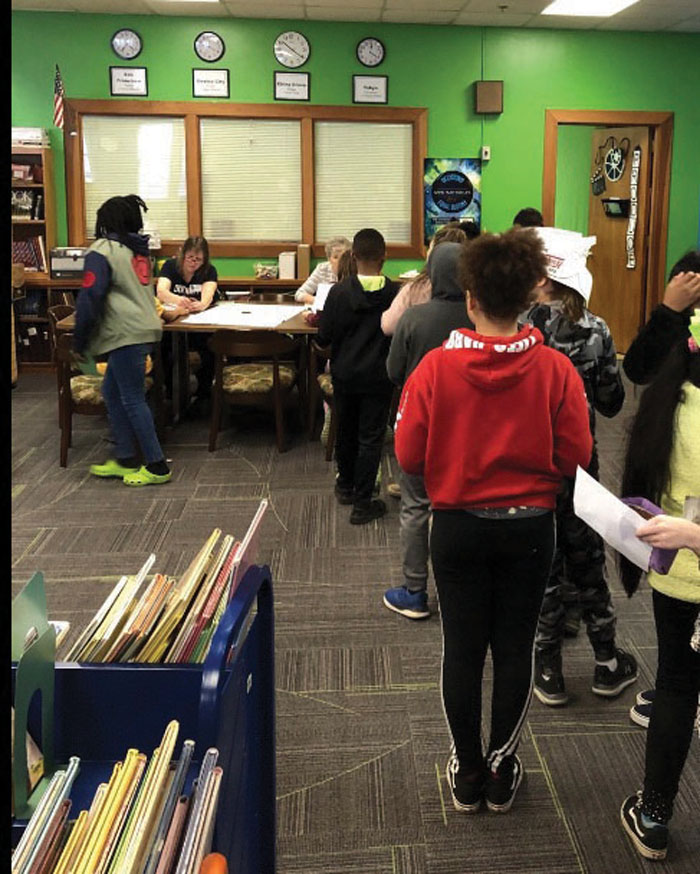 Submitted by Amy Epley. The interview station. Once the students were interviewed they got their passport stamped, and then they were sent to to the money exchange station.

History came alive for the 5th graders at China Grove Elementary School on January 15 during an immigration simulation.
The students experienced what it was like to be an immigrant arriving in America at Ellis Island in 1892.

There were six stations for the students to process through.
Each student was given a name and information about his or her immigrant life.

They had passports and carried “suitcases.” The suitcase was actually paper with drawings of the items they had packed.
Each station was staffed by volunteer parents, grandparents and school staff.

When the students arrived at “Ellis Island” they heard a person speaking a foreign language that most did not understand, to make it more realistic.
The six stations were baggage claim, doctor/health check, interview, money exchange, train ticket, and writing post cards home.

They waited in long lines at each station, where they were asked questions about their occupation, who paid their way to America, who they traveled with, their name, how much money they had, what items they had packed, their health condition and what country they were from.

There were five fifth grade classrooms that participated in this immigration simulation, which was a great learning experience for the students. They felt like they were real immigrants in 1892.