SALISBURY — James Davis, a Rowan County native, has been recognized as a top lawyer in the state by North Carolina Super Lawyers. 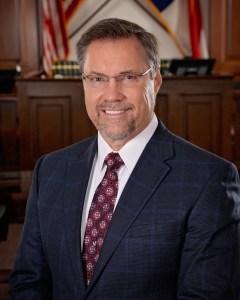 Davis, who is head of Davis & Davis Attorneys at Law in Salisbury, was selected in a multiphase process that involves peer nomination, independent research and peer evaluations.

This is the fourth time Davis has been recognized by Super Lawyers of North Carolina in the field of general litigation as well as criminal and family law. He received the distinction in 2009, 2017, 2018 and 2019.

The selection process includes a statewide survey of other lawyers, an evaluation by an independent research team and reviews by a panel of attorneys. Only 5 percent of lawyers in the state are selected as Super Lawyers.

His areas of practice are general litigation, criminal law and general defense.

Davis said he’s “honored and humbled” to receive the honor and has learned about practicing law and working with judges from his father and uncle, who taught and trained him. He also credits learning from his fellow attorneys in the profession.

Davis was born and raised in Rowan County. He was licensed to practice law in North Carolina in 1991 after receiving a law degree at Regent University College at Virginia Beach, Virginia. He has been an attorney with the firm Davis & Davis Attorneys at Law since 1991 and has led the firm since his father’s passing in 2005.

He is a North Carolina board-certified specialist in federal and state criminal law.

Davis is currently a disciplinary hearing commission member for the N.C. State Bar. Davis is also a member of the Board of Trustees at Charleston Southern University and Board of Visitors at Catawba College.

He is the father of four children and he has been involved in a number of civic and community leadership positions including serving as the current secretary and member of the board of directors for the Rowan County YMCA and is currently a member of the Rowan Helping Ministries Board of Directors.