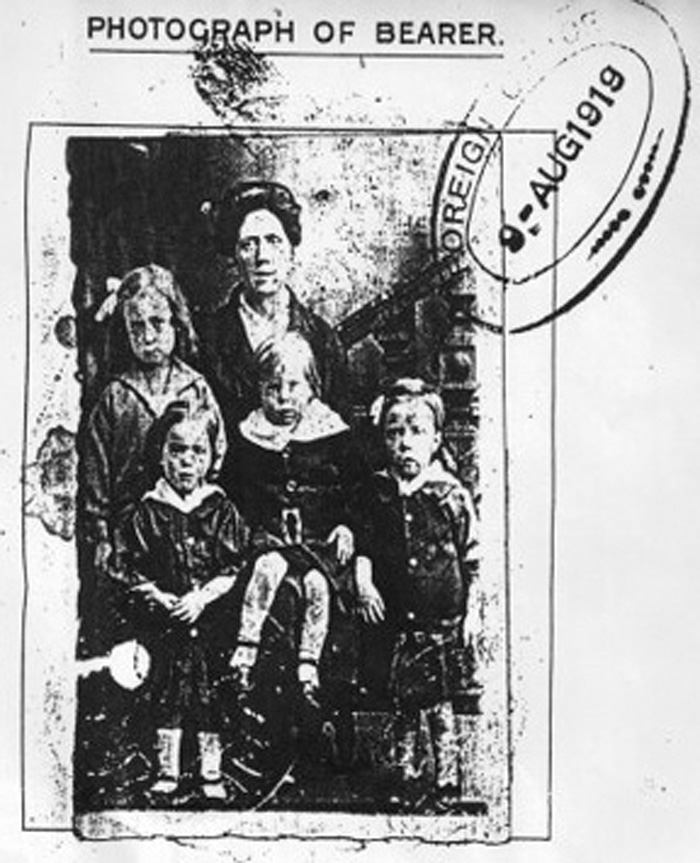 A difficult path to America

My mom was born in the English North Sea Port of South Shields. Her story begins when my grandmother, Maria Clarke met German merchant sailor Martin Masur. By 1913 they were married and by 1916 mom, her twin sister and two brothers were born.
By 1914 England was at war with Germany and my grandfather, being German, was surely a local target. By 1915 he was jailed. There is no clarity as to how or why he was released but was ordered out of England.
In March 1916 he left his family for New York with plans for them to join him later. It wasn’t until October 1919 that Martin’s family finally arrived at Ellis Island aboard the RMS Carmania.
Since leaving England, both of his sons had passed away from influenza and pneumonia but finally after many challenges, the family had a new beginning in a new country. 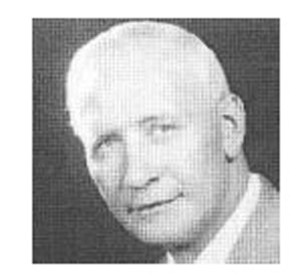 ‘We are American now’

My grandfather, Einar M. Arentzen, was born in Narvik Norway in 1894, educated as an engineer in Norway and came to America in 1919 by ship with his fiancee Ragna.
They were processed through Ellis Island. After being sworn in as an American citizens, he told her “We are American now. We will speak English.”
They married and raised five children, taking them on vacations to Norway to meet family. Each of the children went to college and passed on Norwegian traditions to all of us, more than 22 grandchildren. We are proud of our Viking heritage and celebrate it still, but we are all Americans.
Einar designed coal mining equipment in Charleroi, Pa. “Chief,” as he was known by everyone who worked for him, became a wealthy man and felt a responsibility to give back to the country that welcomed him in. He worked with the Department of Defense assisting with information about the Nazi’s interest in coal liquification. Locally he was instrumental in the building of the YMCA in Charleroi and a street was named after him. He was the embodiment of the American Dream. 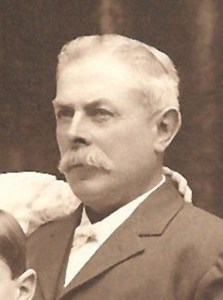 From housepainter to alderman

My great, great grandparents on my mother’s side were among those who came to this country through Ellis Island. Born in Ruchheim, Germany in 1849, Christian Goetz emigrated to the United States with his family at age 17.
Through Ancestry.com I have verified that he arrived on February 15, 1866 on the ship “Louisiana” which sailed from the port of Liverpool, England.
When asked his occupation upon his arrival, he and his brothers identified themselves as house painters.
He became a naturalized citizen just five years later, and shortly afterward traveled to Germany to see his childhood sweetheart Maria Steiger, whom he promptly married and brought back to the United States to begin a new life with him in the “new country.”
By 1880 he had established a thriving wine importing business, and just a few years later he ran successfully for office as a New York City Alderman. 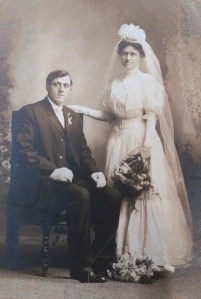 My grandmother was born the oldest of five living daughters into the Frank family in what was then Ernesthausen, Hungary or Germany. It was at a time when Europe’s borders changed many times. My grandmother’s family spoke German but she considered herself a Hungarian.
The whole family arrived by ship to Ellis Island in 1894 when my grandmother was 10 years old. Their entire savings of paper money was sewed into the hems of the children’s clothing.
Eventually part of the family settled in Adams, Massachusetts because it was a mill town and there were jobs. My grandmother, Elizabeth met my grandfather, Conrad Grosz in Adams.
Surprisingly, they both originated from the same place in Europe but had never met prior to Adams.
They married in 1908 in Adams, where my grandmother lived to be 100 years old. 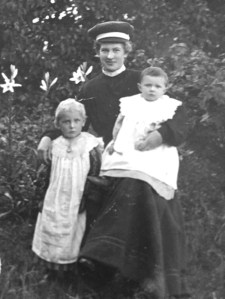 Elin is the blonde toddler and sister Svea is on Auntie Kirstin’s lap.

My grandmother, Elin Lundgren, was born in Oland, Sweden in 1902 to Hermann and Hilda Lundgren. Her mother passed away two years later as a result of complications in the birth of her second child. Her father was a ship’s captain who spent long days at sea, leaving his two girls to be raised by his sisters.
Elin was 13 years old in 1915 when she boarded a ship to travel from Sweden to New York City, where she was to live with relatives. After arriving on Ellis Island, she waited in maze-like corrals that herded the passengers to the immigration guards.
My grandmother feared having to speak with the guard who would require her to speak English, and all she knew was how to count to ten. As he scanned over her paperwork, he said, to her excitement and relief, “Elin Lundgren, please count to ten in English.”
She went on to put herself through nursing school, and eventually became the private nurse to Charles Lindbergh’s mother-in law. 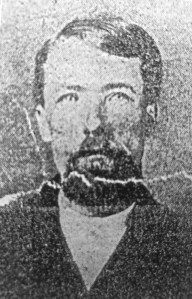 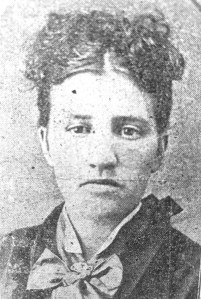 Not afraid of hard work

My great-great-grandmother was Elenora Leah Kristofferson Thompson. She was 19 years old when she emigrated from Bergen, Norway to America in 1899. She was sent from Ellis Island to Minneapolis, Minnesota in a cold cattle car. She opened a seamstress shop in Minneapolis. A few years later she moved to Winnetoon, Nebraska to work on a farm.
My great-great-grandfather was Gunder. He emigrated from Telemarken, Norway when he was 6 months old with his mother and 1 1/2 year old sister. His father died on the ship from cholera. A year later she married Thomas Thompson.
Gunder and his sister were given their stepfather’s name.
When Gunder was 18 he got a job driving cattle to the new state of Nebraska (he walked every step of the way from Wisconsin to Madison, Nebraska), where he met Mari Norstegaard. She had come to America from Dovre, Norway. They married and had 9 children.
Their son, Edward Thompson, married Elenora Kristofferson in 1911 and they were my father’s and mother’s parents.

From Ireland to the U.S.

My mother, Kathleen Mary Horkan, was born in Mayo Eire, Ireland. At the age of 28 she sailed to the US on the Samaria vessel, according to the passenger and crew lists of vessels arriving at New York, New York in 1938.
Relative in country of origin: Mrs. K. Horkan, mother. Relative joined in the US: Mr. P. Horkan, brother.
From the National Archives Microfilm, publication 715-roll 6227; from the Records of the Immigration and Naturalization Service record group 85.

Family brings their skills to America

My great-grandfather, Johann Liesinger, was born in Graz, Austria and was a master carpenter, building beautiful picture frames and furniture, mostly of cherry with inlays of mother of pearl, ebony and maple.
He sailed from Antwerp, Belgium to Ellis Island, learned English and then brought his young son and wife over in 1906.
My grandfather, who had an 8th grade education, became a plumbing foreman at the Ballentyne Brewery in New Jersey.
He truly lived the American dream! 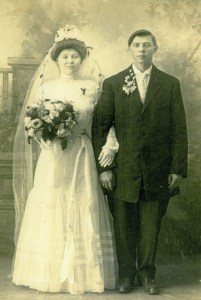 My mother’s mother, Constance Kazileviciene and her sister Barbara were from a family of eight in rural Pasvalys, Lithuania. In 1908, their brother Charles, who emigrated to the United States earlier, sent tickets for a ship to New York City. The young sisters left Lithuania in a horse cart in the middle of the night.
On Ellis Island, doctors suspected that Barbara had trachoma, a disease that meant immediate return to Lithuania. The sisters were terrified at first, then relieved when the diagnosis was pink eye.
Constance settled in Elizabeth, New Jersey, and later married my maternal grandfather, Joseph, also from Pasvalys. Although they never saw their families again, they sent letters, money, clothing and presents for decades. On visits to Ellis Island, I learned that immigrants like my grandparents were not welcomed to the United States. They dreamed of America; America did not dream of them.