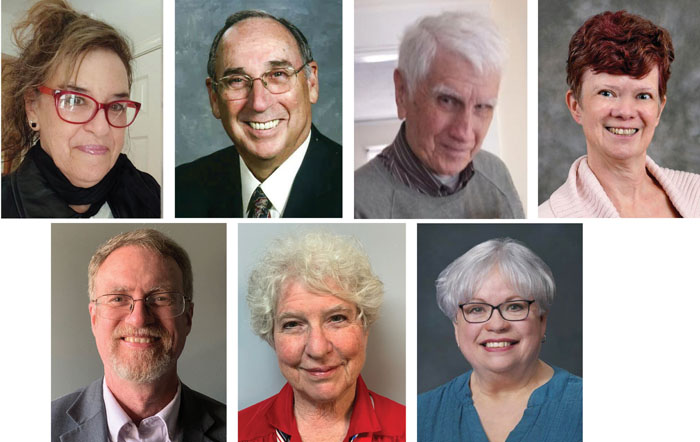 We all know about the Statue of Liberty which overlooks New York Harbor. The upraised torch of the “Great Lady” welcomed newcomers in their journey to the “new country,” and consequently has come to represent the freedom that so many have come to this country to seek. And for many who first saw the Statue of Liberty from 1892 to 1954, their next and final step towards a new life in America was through the doors of the immigrant processing station at Ellis Island.

Most Americans have some sort of immigrant heritage, and some 40% of us can claim descendance from an Ellis Island immigrant. The Salisbury Symphony will present “Dream of America,” a symphonic tribute to Ellis Island and the immigrant experience, on Saturday, March 14. More than a typical concert, “Dream of America” will feature a rare mix of video and live performances that will bring the Ellis Island experience to life for audiences of all ages, making for a dramatic impact that “pierces audiences to the heart.”

The first half of the concert will be The Symphony No. 9 in E minor, “From the New World”, Op. 95 by Antonín Dvořák (1841-1904), a Bohemian composer who was at the time the Director of the National Conservatory of Music in New York. In spite of Dvořák’s Czechoslovakian heritage this work was heavily influenced by the African-American music that he had heard upon coming to this country, and he freely mixed this inspiration with Indian music characteristics to create the symphony. One of the most popular symphonies ever written, this work gained a new and more modern audience in 1969 when Neil Armstrong took a tape recording of the work with him on the Apollo 11 mission to the moon.

The second half of this very special concert will feature a groundbreaking multimedia presentation created by composer Peter Boyer entitled “Ellis Island: The Dream of America,” and will include seven local actors who portray the personalities behind the stories you will hear during the concert. Each of the actors tells their own story, reaching back sometimes into childhood experiences to explain the wonders, joys and traumas of their passages to this country. Each of the narratives is drawn from actual recorded interviews collected for the “Ellis Island Oral History Project” during the late 1980s and early 1990s.

Dayna Anderson portrays Katherine Beychok, who arrived as an 11-year-old Russian girl in 1910; Buddy Farnan is Emanuel “Manny” Steen, who came over from Ireland in 1925 at age 19; Karl Hales appears as Lazarus Salamon, a Hungarian who arrived in 1920 at age 16; Rebekah Hardison is Lillian Galletta, who arrived as a 4 ½-year-old little girl from Italy in 1928; Linda Jones portrays Helen Lansman Cohen, who emigrated from Poland in 1920 at age 20; Lori Van Wallendael appears as Helen Rosenthal, who came from Belgium in 1940 at age 30; and Shawn Van Wallendael is James Apanomith, a young immigrant from Greece who arrived in 1911 at age 16. Now much older than when they arrived, each of them recalls the events that happened to them with great clarity and emotion.

The Salisbury Symphony presents “Dream of America” on Saturday, March 14th at 7:30pm at Keppel Auditorium on the campus of Catawba College. Tickets for all students under 21 years of age are specially priced at only $1.00! Tickets for adults range from $10 for balcony tickets up to $35; discounts are available for seniors and for tickets purchased only prior to the day of the performance. Tickets and more information can be found at salisburysymphony.org.