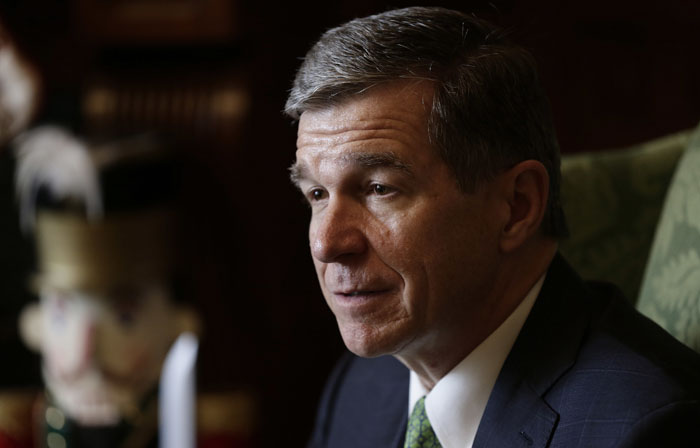 RALEIGH — Another legal fight between Democratic Gov. Roy Cooper and Republican legislative leaders over the division of government powers is heading to the North Carolina Supreme Court.
The justices formally agreed on Friday to hear Cooper’s appeal of a Court of Appeals ruling from December that favored the General Assembly in decisions on spending federal block grant money.
Cooper sued over $17 million in such money within the 2017 state budget law. He said the the legislature violated his constitutional duty to administer the budget when it deviated from how he wanted to spend those federal dollars. A three-judge Court of Appeals disagreed, saying those funds are within the “state treasury” and subject to legsialtve appropriation.
Since that opinion was unanimous, the Supreme Court had no obligation to take up the case. But Cooper’s lawyers told justices a review was needed in part because constitutional limits on General Assembly power were of significant public interest.
The case is the latest turn in a legal struggle between the executive and legislative branches that picked up just before Cooper took office in early 2017. While Cooper has stopped changes to the State Board of Elections, justices upheld a Republican law directing confirmation of the governor’s Cabinet.