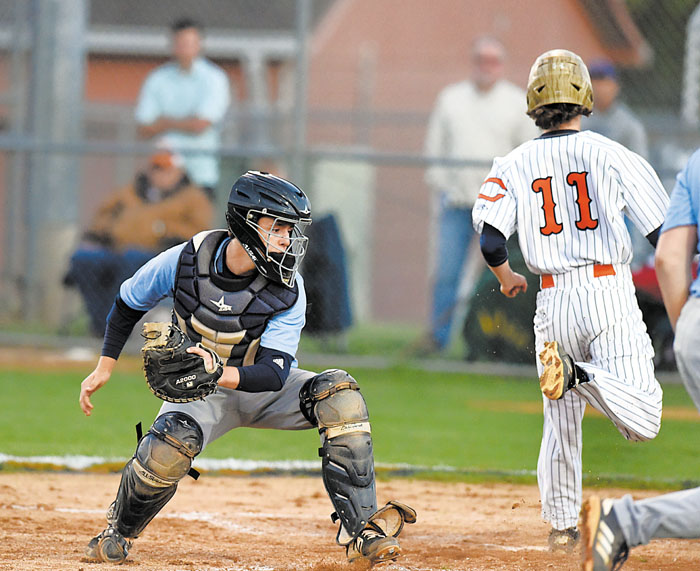 Playoffs: Lost 2nd round at Crest

MOUNT ULLA — West Rowan has been good four of the last five seasons, and there’s no reason that trend can’t continue in 2020 under coach Seth Graham, who is closing in on 100 victories in his relatively short time in Mount Ulla.

West didn’t do anything amazing in 2019, but it did win games it was supposed to win.  All eight of the Falcons’ setbacks were to strong teams rated higher than them in the final MaxPreps rankings. There were two setbacks to Davie, two to Carson, two (out of three) to East Rowan and one loss each to Cox Mill and Crest.

West has subtracted some pitching. Ace Daniel Durham, who won five games, is now a Catawba freshman. Payne Stolsworth pitched in 11 games, but he only figured in one decision. West will miss Stolsworth’s bat (13 RBIs) as much as  his arm. Scout Nichols and Carsen Bailey also logged significant innings a year ago.

Cullen Davis (5-2) will lead the staff. The No. 2 guy last year, he’s being counted on to hold his own against opposing aces.

Daniel Sell or sophomore lefty Casey Gouge will be No. 2 and No. 3, in some order.

“Davis and Sell have both added miles per hour,” Graham said. “Davis can dominate with his fastball and has been looking really good. Sell always has had good off-speed pitches, but now his velocity has ticked up. Gouge knows how to pitch and he reminds us of Durham. He’s at 78-80 mph, so  he’s actually throwing harder than Daniel did at that age. We’ve got three-game weeks, so all three will get plenty of starts. We’ve got high expectations for all of them.”

The bullpen will include Michael Molenda and Steven Smith. There’s also Colin Hammonds, a transfer from West Iredell. Hammonds will be needed because Smith (shortstop) and Sell (center field) are key position players.

Smith is throwing in the 80s and could be cast in a closer role.

Catching the hurlers will be JT Fecteau, who should be one of the county’s top players. The junior will be starting for the third season.

“He can really handle a pitching staff, and he swings it,” Graham said.

Smith, who has grown about 4 inches from last season, will anchor the infield again. He hit .329 as a sophomore and paced West with 23 runs scored.

The expected starters at the other infield positions will be new. Lane Adkins, who had 22 plate appearances last season, will be at second base. He’s headed to Pfeiffer.

Michael Bostian, a transfer from Carson, will man third base. The plan is for first base to be shared by Gouge and Davis, depending on who’s on the mound.

“A good lefty stick and he’ll be our fastest guy,” Graham said.

Molenda is expected to be the starting right fielder.

A couple of young guys to know are pitcher Zander Burton and catcher Noah Loeblein. If Smith does become the closer, Fecteau would move from catcher to shortstop late in the games, with Loeblein catching.

“Fecteau is a lot better athlete than people realize,” Graham said. “He’s our second-best options at shortstop and he has really good speed.”

Graham says this is an energetic team that reminds me of the first couple  he had at West. Those teams won championships.

“We should be good in the dugout with this staff,” Graham said “It’s going to be fun.”