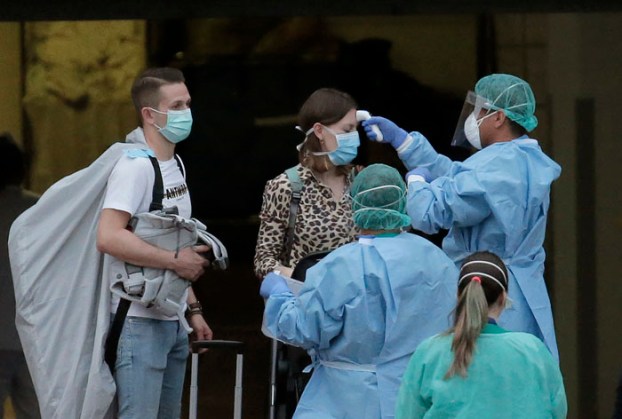 Health personnel wearing protection clothing check the temperature of a guest at the H10 Costa Adeje Palace hotel in La Caleta, in the Canary Island of Tenerife, Spain, Friday Feb. 28, 2020. Some guests have started to leave the locked down hotel after undergoing screening for the new virus that is infecting hundreds worldwide. (AP Photo/Joan Mateu)