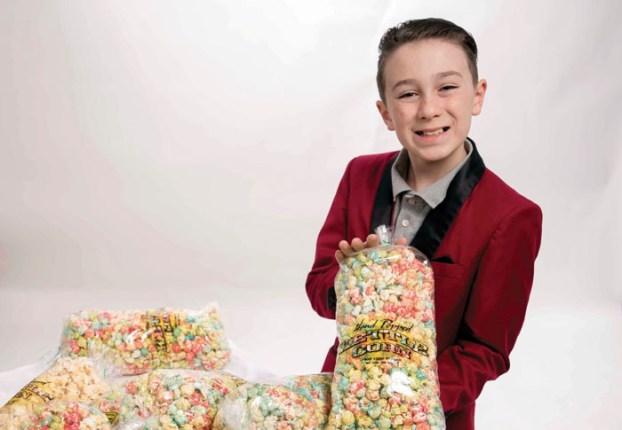 JON C. LAKEY/SALISBURY POST Rylan Furr (10 years old) poses with a table of regular kettle corn and rainbow kettle corn that he plans to give out to those who are homeless in the community. Salisbury,North Carolina,2/21/20.

Quotes of the week: ‘You can’t let it go’

“It’s just a feeling that attaches to you. Once you do it, you can’t let it go.”

— Rylan Furr, who has taken a unique approach to a school fundraiser, collecting donations for kettle corn that he plans to give to homeless people.

“People connected with his heart, his mind and with his spirit. It makes the grieving process so much easier.”

— Alisha Byrd-Clark whose husband, Alex Clark, died last week. Clark was known for using his past as a motivator for local youth.

“I don’t buy ‘pick yourself up from your bootstraps,’ particularly in cases around where people may not even have boots to wear to pick themselves up.”

— Geoffrey Hoy, who is running as a Democrat for the 33rd Senate District and was speaking during a candidate forum last week.

— Marvin Moore, the Isenberg Elementary School principal, who was speaking during a Black History Month event.

“We left that day, terrified and very said. How are we in this situation at our age? ”

Laurel to the many people who have spoken in favor of and the Rowan County Board of Elections for making... read more