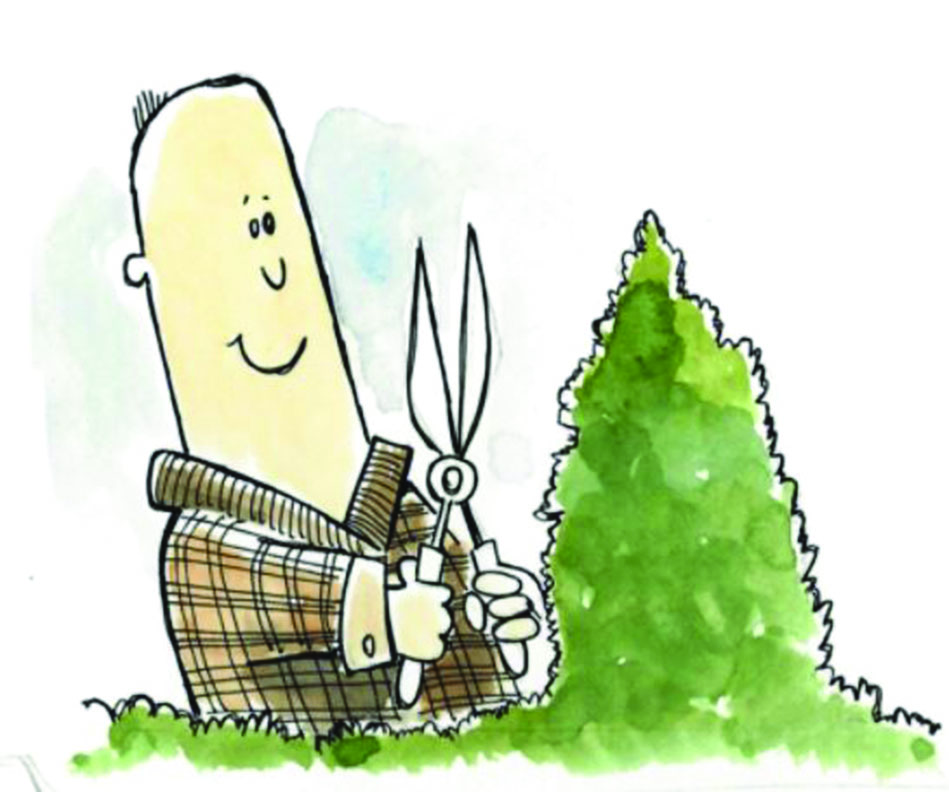 Illustration by Mark Brincefield With changing weather, questions about pruning are more frequent.

When I’m out and about, pruning advice seems to be the most recurring inquiry from many homeowners.

It’s the change of seasons or weather conditions that sparks interest in pruning, whether it’s a light trimming or a complete bloodletting. Landscape plants and trees all need some type of pruning as they grow and mature.

The best time to prune trees and shrubs depends upon the type and age, time of year and the overall objective for plant growth. That is an over-simplified answer to a very complex situation since all landscaping materials have differences in growth habit, bloom cycles and susceptibility to cold damage.

Boxwoods — If you want to lightly prune them, almost any time during the year is fine. Severe pruning is normally recommended in mid-March.

Fruit trees — Fruit trees are best pruned in the late spring, the later the better. Pruning stimulates growth hormones and unseasonably warm weather stimulates growth, increasing the possibility of late frost damage in the spring. So, if the trees normally bloom in April, pruning in March is advisable. The older the tree, the earlier you can prune.

Grapes — Grapes need to be pruned every year to ensure proper growth and development. The best time is generally February and March. Lightly pruning grapes in June will normally cause no winter damage, however, late winter pruning is best for both muscadine and bunch type grapes.

Ornamental trees — Most shade trees can be judiciously pruned in early spring, however, birch and maple bleed much less if you prune them in September when leaves are still present. Research has shown that pruning paint is of no benefit and in some cases is a detriment, allowing fungi to develop between the paint and the newly pruned wood.

In general, most all plants can be lightly pruned year-round. Tipping back radical shoots or sporadic growth will not severely damage plants.